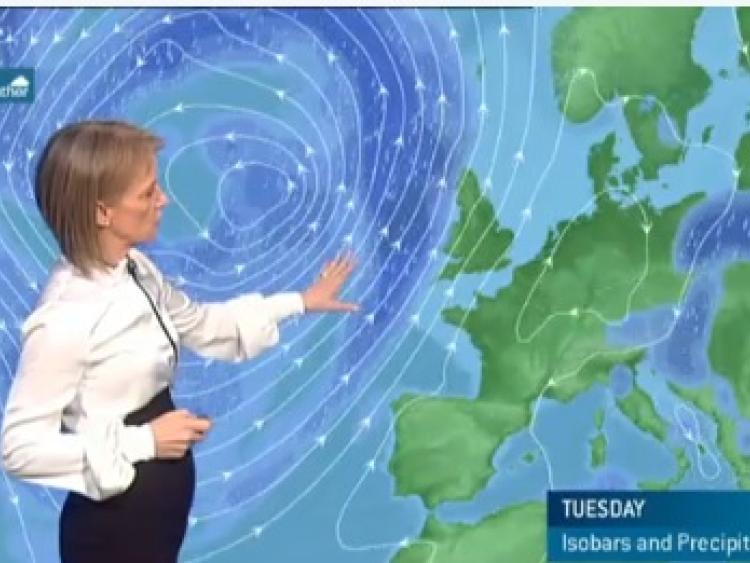 Weather warnings for wind and rain have been issued by Met Éireann as stormy weather is set to hit Ireland before a big improvement in the weather from Wednesday.

A Status Yellow Wind Warning is in place for all of Ireland. South to southeast winds will reach mean speeds between 50 and 65km/h with gusts between 80 and 110km/h.

Winds will be strongest along Atlantic coastal counties at first but the strong winds will extend countrywide through the course of the Monday afternoon and evening.

Rain is forecast for the entire country but a Status Yellow Rainfall Warning is in place Galway, Mayo, Sligo, Clare, Cork, Kerry, Tipperary and Waterford

Rainfall accumulations of 25 to 50mm expected over the period, with the potential for higher amounts on hills and mountains. Localised spot flooding possible.

Both warnings are valid from 9am Monday, April 16 to 6am Tuesday, April 17.

Met Éireann says the weather will worsen dramatically after a dry and bright start in most places at first on Monday.

Coud will thicken with rain developing along Atlantic coasts later in the morning in strong southerly winds. It will become wet and windy through Munster, Connacht and parts of west Ulster during the afternoon and all areas in the evening. Strong and squally south to southeast winds with gales along Atlantic coasts. Highest temperatures of 11 to 13 degrees Celsius.

After the stormy weather, Met Éireann is forecasting a big improvement.

Monday night will be wet and windy with heavy rain in many areas and a risk of localised flooding. Lowest temperatures of 8 to 10 degrees with strong, gusty southerly winds.

On Tuesday morning, rain will gradually clear eastwards. Showers will follow for the rest of the day, some heavy. Strong southerly winds will decrease moderate to fresh. Highest temperatures of 13 to 16 degrees.

Wednesday will be warm and mainly dry with sunny spells, the best of these in the east. It will be somewhat cloudier in the west with a risk of some rain for a time. Highest temperatures of 14 to 17 degrees with fresh southerly breezes.

Thursday will be warm and mainly dry with sunny spells in most areas. It will be a bit cloudier in the west with a risk of some rain or drizzle along the coast. Highest temperatrus of 14 to 18 degrees with light southwest breezes.

Friday and next weekend will be largely dry with sunny spells and light winds. Day time temperatures will range from 13 to 17 degrees, warmest in the midlands.