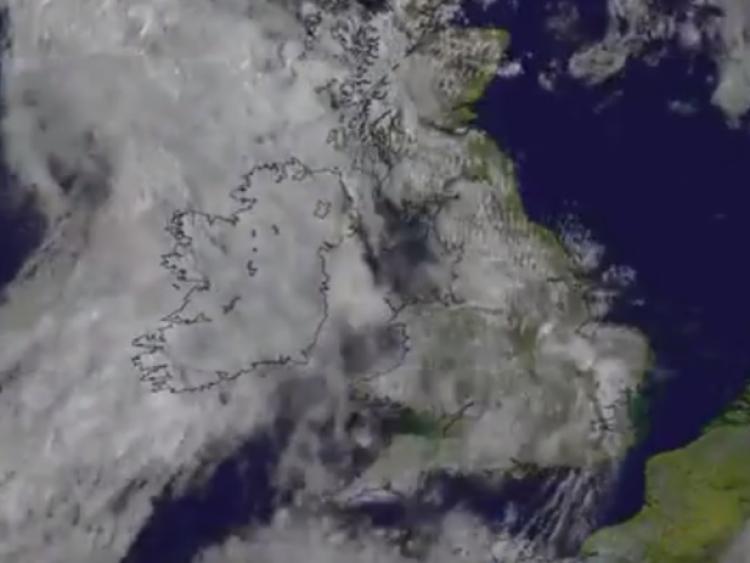 Good weather bullied out of way by cold Atlantic front.

The good weather is gone and does not look like returning this week according to the forecast from Met Éireann.

Colder atlantic air has bullied the warm continental weather we enjoyed last week leaving us with a windy showery week, with temperatures rising to no more than 12 degrees. There is even a risk of frost as we head toward May.

Monday afternoon will have outbreaks of rain and drizzle, with the rain occasionally heavy or persistent in parts. Bright or sunny spells will gradually increase from the west later this afternoon, accompanied by scattered showers. Top temperatures of 11 to 15 degrees in moderate to fresh and gusty southwest winds, strong at times near coasts.

On Monday evening scattered showers will die out and it will become mostly dry for a time tonight with some clear spells developing, but outbreaks of rain will push in over southern counties by morning. Lowest temperatures will range 5 to 9 degrees in a light to moderate southwesterly breeze.

On Tuesday, the best of any sunshine tomorrow morning will be over the northern half of the country, with just a few passing showers. Generally cloudy and wet conditions will prevail further south, however, with persistent and locally heavy falls of rain. The rain will extend northwards during the morning before breaking up into showers during the afternoon and eventually clearing eastwards during the evening. Top temperatures of 11 to 13 degrees Celsius in light to moderate southwesterly winds.

Here's a speedy satellite ️ loop over the last few hours. Look closely and you can see mountain waves making the #cloud seem stationary, even though there's a #weather front moving in from the west pic.twitter.com/VRWId78oxk

NATIONAL OUTLOOK
Unsettled with blustery showers and sunny spells but winds will ease and showers become isolated later in the week.

Tuesday night scattered showers at first will become confined to Atlantic coasts later with good clear spells developing. Lowest temperatures will fall to around 4 to 6 degrees in light to moderate southwesterly breezes.

Wednesday will be blustery and showery day with good sunny spells but some showers are likely to turn heavy. Top temperatures will be around 10 to 13 degrees which is normal for the time of year. West to southwest winds will be moderate to fresh and gusty. Wednesday night showers will again become confined to Atlantic coasts with good clear spells. Nights will gradually turn cooler with lowest temperatures around 2 to 6 degrees.

Thursday will see scattered showers and sunny spells. Perhaps a degree or so cooler with top temperatures around 9 to 11 degrees and moderate to fresh westerly winds will continue.

But winds will ease somewhat from Friday onwards as well as showers becoming somewhat isolated. Top temperatures around 10 to 12 degrees. And cooler at night with a touch of grass frost likely.

And on Saturday winds will be mostly light east to northeast with a few showers and sunny spells.