Wet start to May but fingers crossed for Bank Holiday weekend 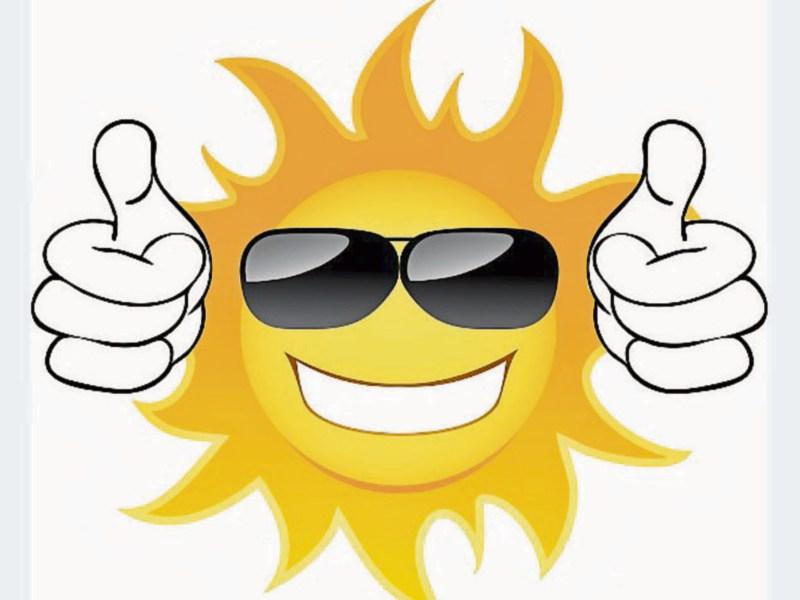 May is set to start on a damp and cool note but the weather going into the bank holiday weekend is looking promising according to Met  Éireann's forecast.

Rain is the feature of Tuesday, May 1. It will spread eastwards during the morning, becoming widespread and continuing into the afternoon.  Drier weather will develop in the northwest later

It will also be a cool and blustery with highest temperatures 9 to 12 degrees and fresh, gusty southerly winds, strong at times in coastal areas.

Rain will only gradually clear eastwards with clear periods and scattered showers following. Overnight temperatures will dip to  a cold 3 degrees with winds becoming mostly moderate west or northwesterly.

Wednesday will be a cool, bright breezy day with sunny spells and occasional showers, some heavy or of hail with the risk of isolated thunderstorms. Highest temperatures of 10 to 12 degrees with fresh, gusty west to northwest winds.

Showers are expected to die out on Wedesday night becoming mostly dry for a time but patchy rain later in western areas. It will be a cool night with overnight lows of 4 to 7 degrees Celsius.

Thursday will again be cool and rather cloudy on Thursday with scattered rain in the morning, becoming mostly confined to western and northern areas in the afternoon and some brighter periods developing in parts of the east. Afternoon highs of 11 to 14 degrees Celsius in moderate or fresh westerly breezes.

Met Éireann says it will be much milder on Friday with southwesterly breezes. Generally a lot of cloud about during the morning with some patchy rain, but dry in many places in the afternoon with some sunny spells coming through in parts of the midlands and east. Some patchy rain in coastal parts of the northwest. Temperatures in the mid-teens and reaching into the high teens in the sunnier places.

Latest indications suggest very mild and mostly dry conditions over the weekend, but perhaps some mist or drizzle at times near some hills or coasts.

There is likely to be a good deal of cloud, but some warm sunny periods are expected to develop especially in midland and eastern areas early in the weekend but in western areas later as winds fall off light variable or northeasterly. Afternoon temperatures in the mid to high teens depending on sunshine.