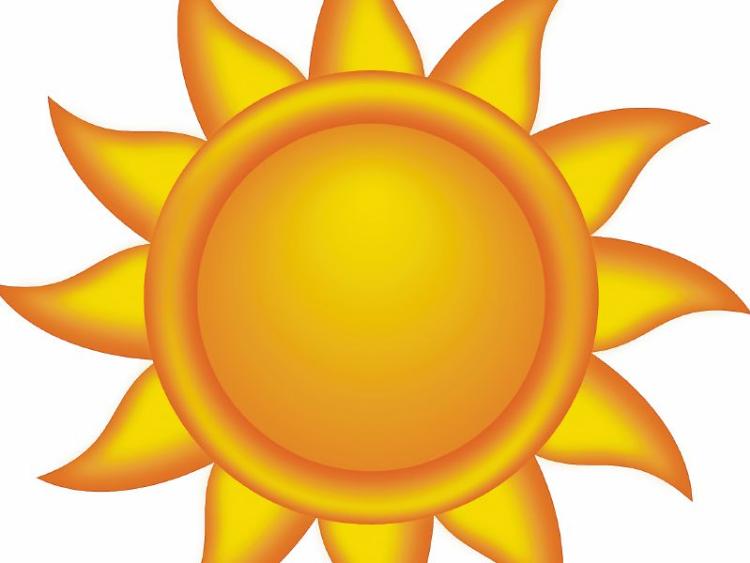 Laois Offaly and not the beach are the places to be this May Bank Holiday weekend as sunny hot weather this weekend.

But make the most of it is the message because the Met Éireann forecast isn't so glorious.

Saturday will be another dry day with good sunshine during the day and highest temperatures of 15 to 20 degrees, but occasionally still misty along Atlantic coasts. Light to moderate southwest breezes.

It will be dry with variable cloud and clear spells on Saturday night. Patchy mist, drizzle and fog mainly on hills and coasts. Lows of 5 to 8 degrees in light southeast or variable breezes.

It will be cloudy in places to begin on Sunday, with mist and fog on hills and along coasts together with a few spots of light drizzle.

It will brighten up by the afternoon, with warm sunny periods developing in many areas. Generally cooler near coasts in onshore sea breezes with the risk of lingering mist and fog patches.

Top temperatures of 14 to 16 degrees in the cloudier, coastal areas, but 19 to 21 degrees in any prolonged spells of sunshine inland. Winds will be mainly light, southerly or variable in direction. Most places dry on Sunday night apart from isolated drizzle patches, with variable cloud and clear spells. Patches of mist and fog also. Lows of 5 to 8 degrees in light southeast or variable breezes.

It will be dry for most again on Monday, with plenty of sunshine on offer. Still the risk of low cloud and mist lingering near some coasts keeping temperatures cooler in these parts. Highs ranging from the low to mid-teens in coastal regions up to 20 or 21 degrees in prolonged sunshine. Light southerly winds veering southwesterly.

Tuesday will be a cloudier day overall with a band of rain arriving in Atlantic coastal counties during the morning, signalling the transition to cooler and more unsettled conditions through the rest of the week. Still a good deal of dry and bright weather around on Tuesday though, especially over eastern and southern parts, with the band of rain turning increasingly showery as it extends eastwards over the country. Maximum temperatures in the low to mid-teens.

The indications are for wet and increasingly blustery day on Wednesay with rain, heaviest and most persistent in Atlantic coastal counties. Cool, with maximum temperatures in the low teens.

Further Outlook - Changeable and unsettled with bands of rain or showers pushing in from the Atlantic at times interspersed with brighter and drier interludes.

Oh well, we live in Ireland!