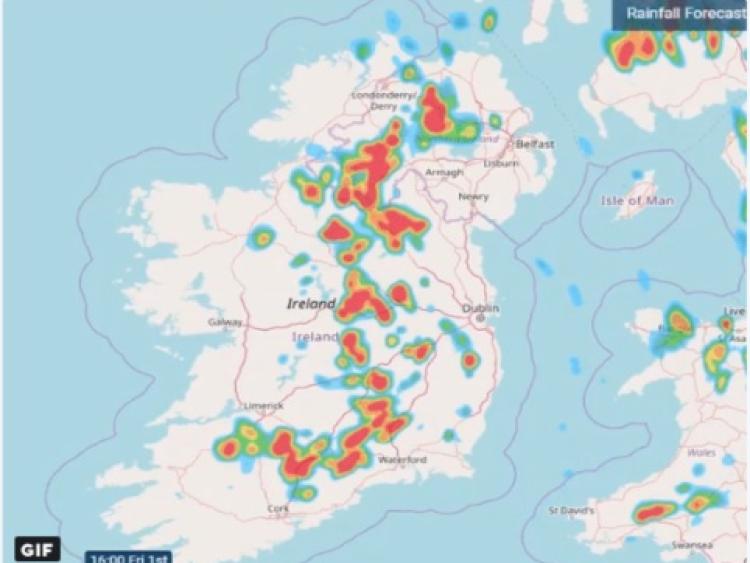 Laois and other midland counties are set to experience high intensity rainfall amounts in scattered thunderstorms during Friday, June 1 according to a Met Éireann weather warning.

The forecaster placed the entire country under a Status Yellow warning on Thursday, warning of thunder, lightning and severe rain.

The weather may lead to spot flooding with as much as 50mm of rainfall possible in a short time.

In November 2017 intense rain in the Slieve Blooms contributed to extensive flooding in Mountmellick. More than 50mm fell in the Laois Offaly mountains in a two hour period.

The warning is valid from 9am until 10pm in Friday, June 1. 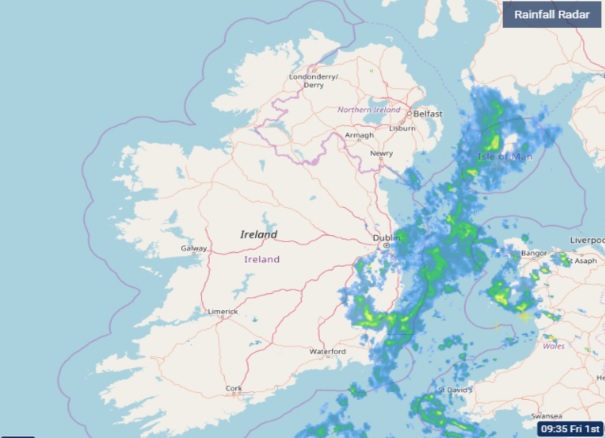 Met Éireann said it will be warm and humid on Friday with a good deal of cloud and some sunny breaks. Showers will affect east coasts this morning and spread inland.

"This afternoon heavy and thundery showers will occur in many areas with local downpours and spot flooding," said the forecaster .

Parts of the west will stay mainly dry. Highest temperatures of 18 to 23 degrees.

The showers will gradually die out on Friday and skies will clear. It will be a close night with mist and fog. Lowest temperatures of 12 to 15 degrees in little or no wind.

Saturday will start mainly dry with hazy sunshine. In the afternoon heavy and thundery showers will develop in Connacht, Ulster and north Leinster, continuing into the evening. Mainly dry elsewhere. There may be a little light rain near southwest coasts. Highest temperatures of 17 to 22 degrees with light southerly breezes, coolest in the south.