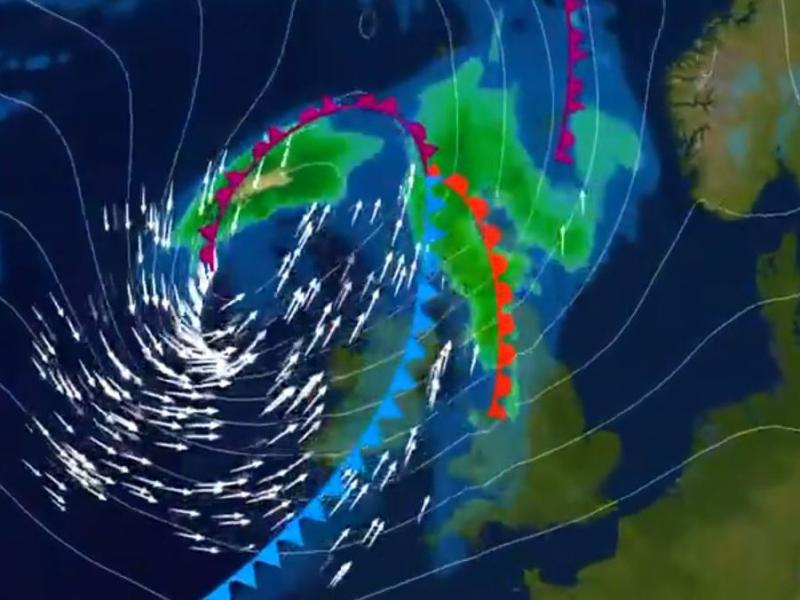 Met Éireann has upgraded its weather warnings for Ireland as Storm Hector bears down on Ireland.

Status Yellow wind warning has been issued for Southwest to west winds, later veering westerly, associated with Storm Hector, will reach mean speeds of 55 to 65 km/hr with gusts of 90 to 110 km/hr.

Over Leinster winds will be strongest between 2am and 9am on Thursday. The warning was updated at 4pm on Wednesay.

A Status Orange was issued earlier for a wind warning for Donegal, Galway, Mayo and Sligo On Wednesday evening and night and for a time on Thursday morning, south to southwest winds veering westerly, associated with Storm Hector, will reach mean speeds of 65 to 80 km/hr with gusts of 110 to 125 km/hr.

Winds will be strongest in coastal areas. High spring tides are likely to coincide with the strongest winds leading to a risk of coastal flooding and wave overtopping.

Wednesday will be wet and windy overnight with strong and gusty southerly winds veering westerly through the night. The rain will turn to showers later in the night. Lows of 11 or 12 degrees.

Thursday will start very windy and gusty with heavy blustery showers but will calm down through the day.

The strong westerly winds will ease soon after midday and it will be less windy for the afternoon /evening. There will be still a few showers through the second half of the day but they will be much more scattered and the skies will be brighter. Highs of 16 to 18 degrees.