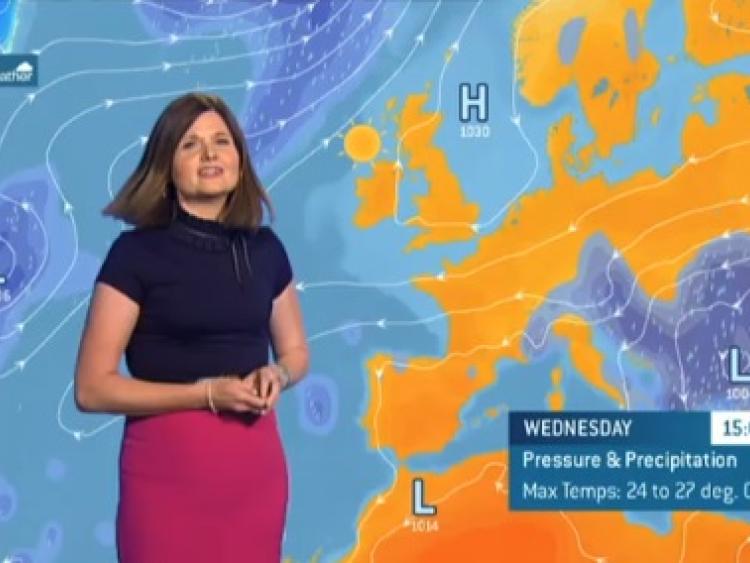 'Hotter than we thought' - Met Eireann predict 'heatwave' on the way

The country is braced for a heatwave as Met Éireann predicts the mercury tipping into the high twenties early next week.

In her latest weather forecast on RTÉ Met Éireann's Micelle Dillion said longest day of the year marked the start of the settled spell.

"The summer soltice marked the spell of a prolonged spell of settled weather. It's going to be dry for the next seven or eight days with high pressure dominating...It will get warmer day by day and indeed hot next week," she said.

It will get warmer day by day and indeed hot next week.

It is likely to be at its hottest by the middle of next week. The forecaster said temperatures will rise to 27 degrees by Wednesday. 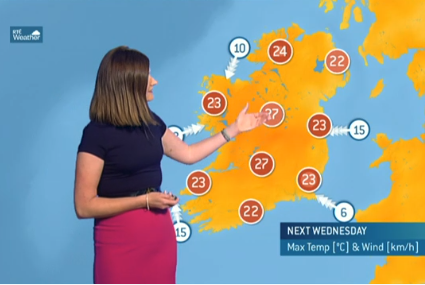 Friday is expected to continue dry and bright day with highs of 17 to 20 degrees. Friday night will be quite a cool night, with lowest temperatures of 5 to 8 C, in slack variable breezes. A few patches of mist in places also.

Saturday will brighten up into a dry, mild day. There will be some sunny spells, but some cloudy periods too. Top afternoon temperatures 19 to 21 C.

Sunday will be slightly warmer still with temperatures peaking in the low twenties in many places. Sunshine is likely to become more hazy in nature. Light variable winds, but moderate in local sea breezes.

The real heatwave is expected to arrive early next week with Met Éireann saying, "Warm or hot will continue well into next week, with temperatures in the mid twenties, sometimes higher."

There will be spells of hazy sunshine each day, and the outlook for the rest of the month is for a prolonged settled spell. Some thundery showers are possible late next week.

Met Éireann has also warned people to heed the advice if simming over the next few days.

Everyone who falls into cold water unexpectedly wants to follow the same instinct: to swim hard and fight the water. But when you fight it, the chances are, you’ll lose. Instead you need to stay calm and #FloatToLive. Find out more at https://t.co/1Lr9hc7OnM #RespectTheWater. pic.twitter.com/Gn4sF71bn7