Forecasters predicting change in the weather with storm possible #watch 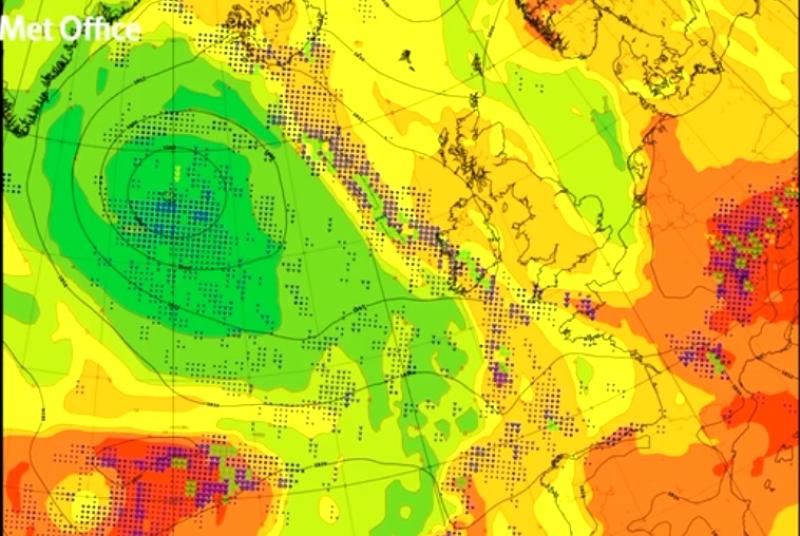 Weather change on the way

An Atlantic hurricane could end to the heatwave, with strong winds and rain possible next week according to Met Éireann's weather forecasting partners in Britain.

At the very least, Storm Chris, which is building along the American coast, is likely to bring a change in the weather and and an end to the dry spell which is sure to answer the prayers of farmers, Irish Water and the fire services.

Aidan McGivern, a meteorologist at the Met Office, outlined the changes on the way.

“Developments on the other side of the pond (Atlantic) could very well disrupt weather patterns in the vicinity of the UK. Tropical storm Chris is predicted to become a hurricane and move north over the next few days.

“At some point Chris may join the jet stream and its remnants are likely to be carried towards the UK. Now, these uncertainties mean there are big differences in the forecast for the start of next week. One projection shows wind and rain, while another shows Chris hardly there at all.

“One common theme emerging from the start of next week is that low pressure will be a little closer and the weather will turn more changeable that we’ve seen recently,” he said.

However,  before then the weather is expected to remain warm for the remainder of this week with a possible increase at the weekend after a cooling off during the mid-week days. Watch forecast below.