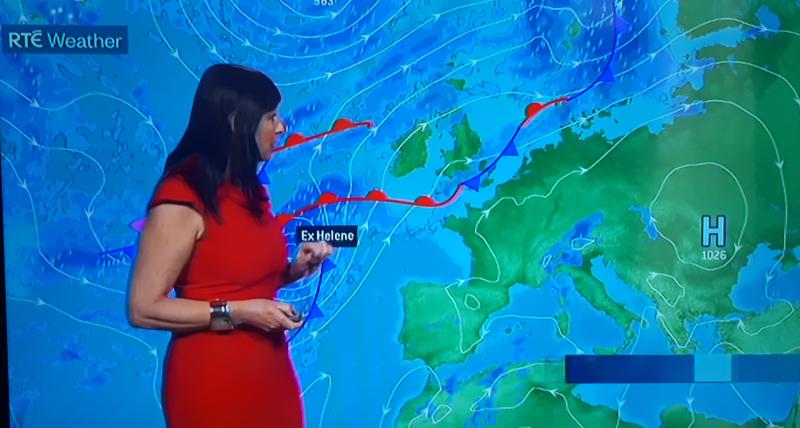 Storm Helene on the way.

The remains of a Hurricane Helene followed quickly by an Atlantic storm look set to make for a stormy week of weather so anyone going to the National Ploughing Championships will have to wrap up.

In her RTÉ forecast Met Éireann's Jean Byrne charted the arrival of ex-hurricane Helene followed by another band of wet and windy weather. 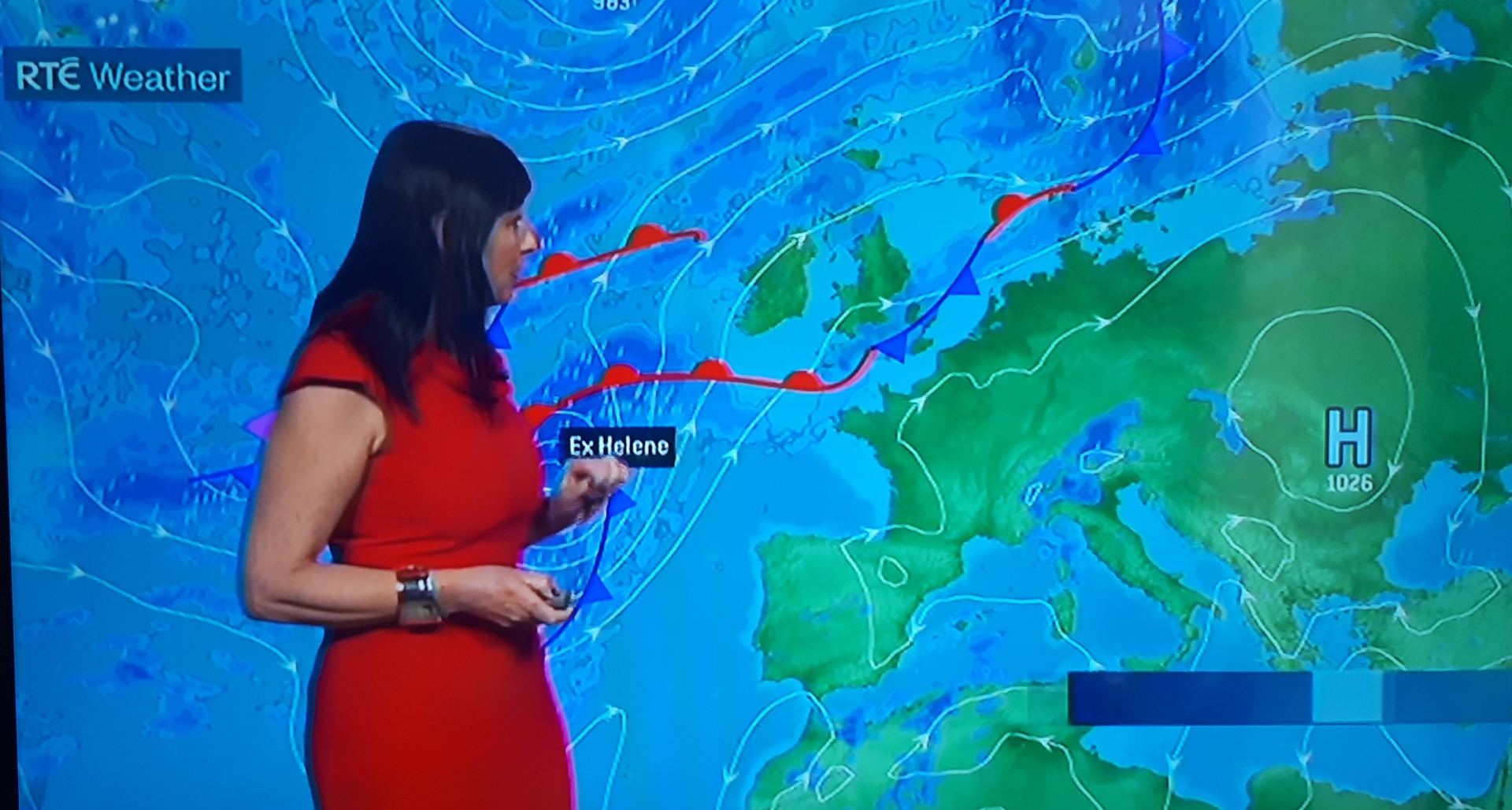 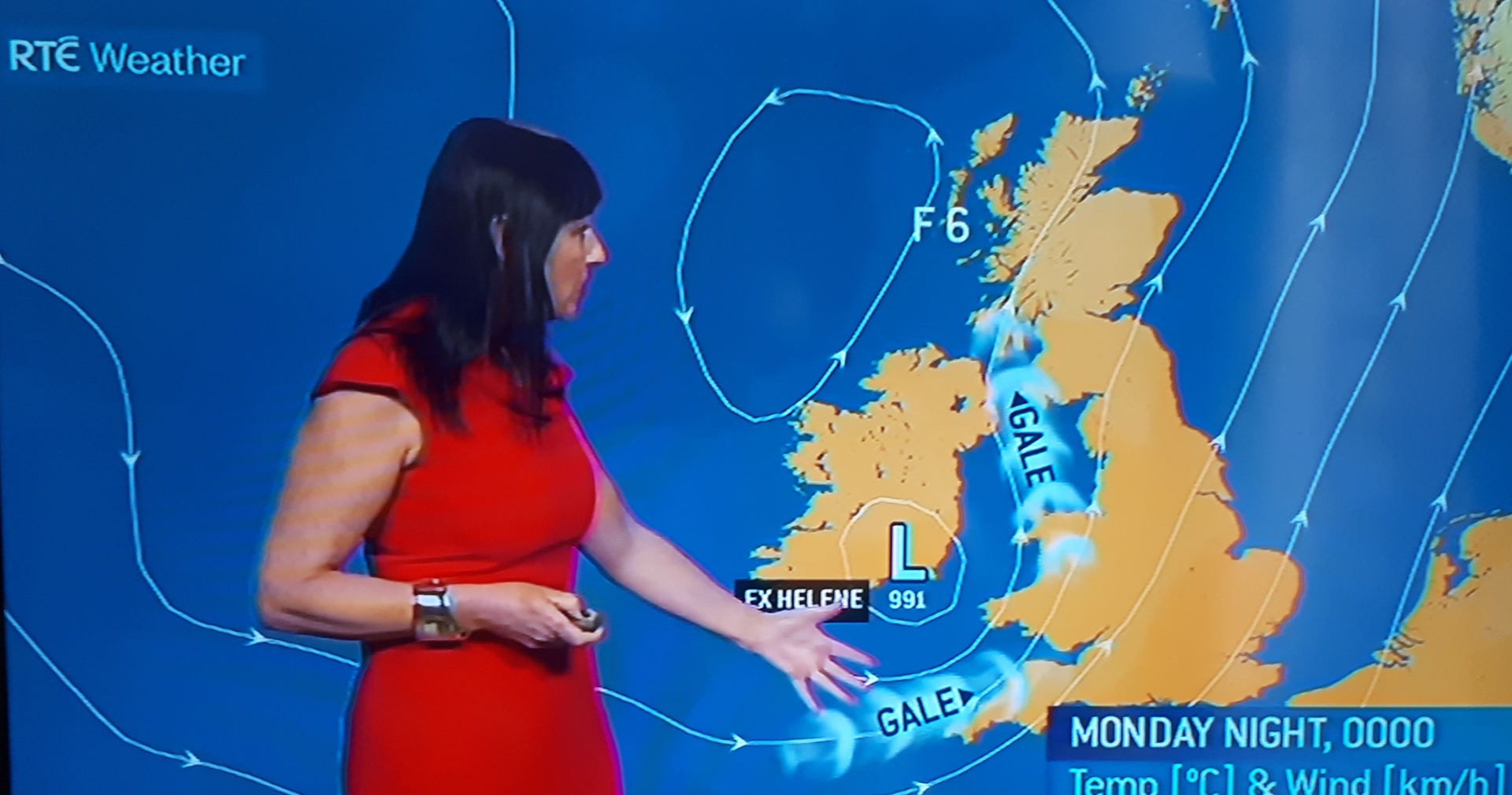 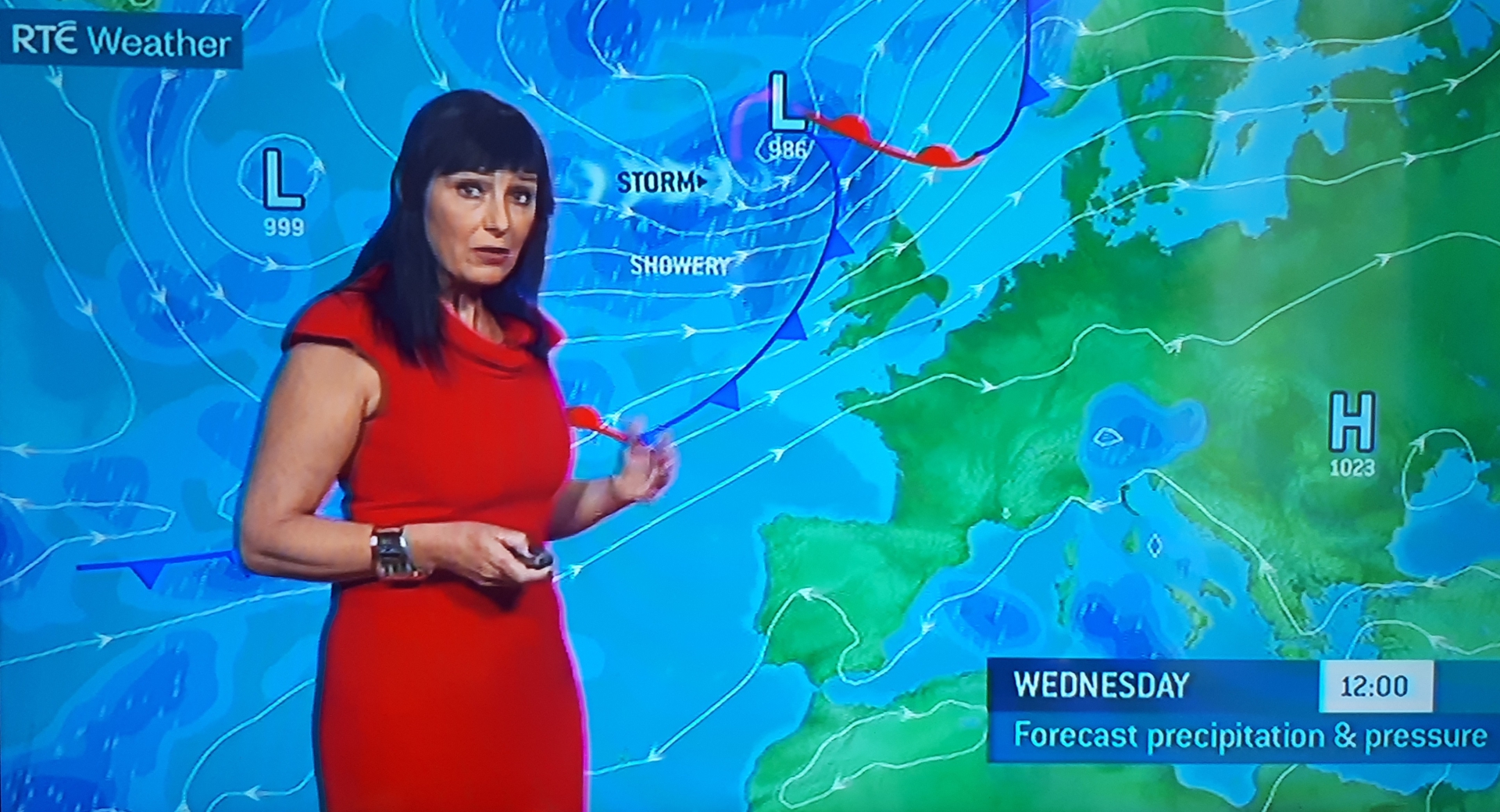 Rain will become widespread for a time  on Tuesday night with some heavy bursts, especially in the west and northwest. A clearance will develop in the southwest overnight and will gradually edge northeastwards. Southeast winds becoming mostly moderate early tonight, but continuing strong and gusty for a time along east and south coasts. Winds will veer southwest to west later in the night, strong along the south coast. A humid night with lows of 11 to 14 degrees.

TOMORROW - TUESDAY 18TH SEPTEMBER
Dry in most areas tomorrow morning with lingering overnight rain in the north clearing. Some sunshine will break through, however, further rain will develop in the west and southwest later in the morning, extending eastwards over the country through the afternoon. Becoming blustery again, with southwesterly winds increasing moderate to fresh and gusty, strong along coasts. Top temperatures of 17 to 20 degrees.

NATIONAL OUTLOOK
Very disturbed weather expected through the rest of the week.

Tuesday night: Windy and showery in places on Tuesday night with lows of 8 to 13 degrees Celsius. But rain and strong winds developing towards morning.

Wednesday: Wet and very windy on Wednesday especially during the morning, with widespread rain and some very heavy falls expected through western and northern counties especially, with local flooding. Very windy countrywide with strong to gale force southerly winds, possibly reaching storm force at Sea off the west and north coasts. Winds will veer westerly in the afternoon and later moderate. Highs of 14 to 17 degrees Celsius. Some further heavy rain possible Wednesday night in southern areas especially near the south, drier elsewhere with scattered showers.

Thursday: Still some uncertainty re the evolution of the weather. Present charts indicate that there will be rain in southern areas on Thursday, but cool, bright and showery elsewhere in blustery westerly winds. Cold, afternoon highs of just 12 to 15 degrees Celsius. Chilly but dry overnight.

Friday: Cool, dry and bright in many midland, eastern and southern areas on Friday with sunny spells, but occasional showers in northern and western coastal counties. Fresh west to northwest winds and highs of 12 to 15 degrees Celsius.

Weekend outlook: Changeable. Present charts indicate a mainly dry day on Saturday, but some heavy rain is expected to move in off the Atlantic later in the day or possibly overnight. Turning drier again during Sunday, as the rain clears. But the timing of this sequence may yet alter.