Storm Callum to follow Bronagh with 'disturbed' weather for the weekend 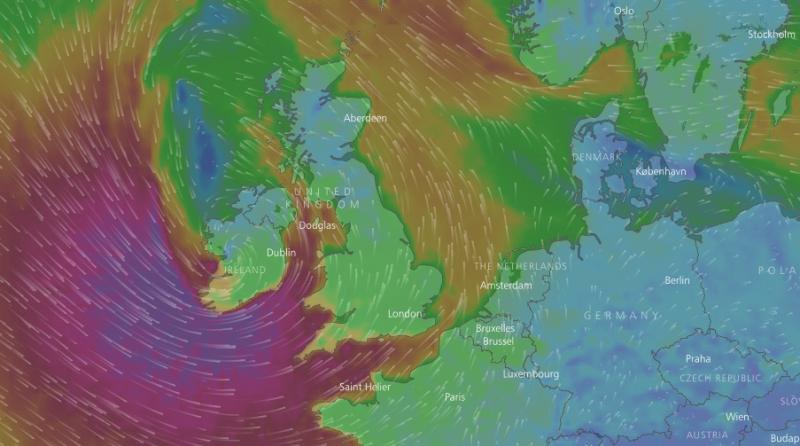 Storm Callum to follow Bronagh with 'disturbed' weather for the weekend

An Irish meteorologist has warned of 'very disturbed' weather for the weekend as two storm systems move towards Ireland in the wake of Storm Ali.

Cathal Nolan from the Midland Weather Channel predicts that Ireland will avoid the brunt of Storm Bronagh on Thursday and Friday, but predicted the potential Storm Callum to cause more widespread upheaval on Saturday and Sunday.

Speaking about Storm Bronagh, Nolan said, "On Monday morning the Midland Weather Channel issued a warning that two named storms would affect the country before Friday. Storm Ali, the first named storm of the year brought devastation across the country on Wednesday, with the highest wind speed recorded occurring at Mace Head, Galway, at some 146 Km/h."

"Included in our initial warning was the potential that Storm Bronagh would affect the country during Thursday, and as of this morning Storm Bronagh has been officially named by the Met Office, with very strong winds expected across much of England and Wales this evening."

"For ourselves here in the Midlands we certainly won't experience any damaging winds from Bronagh, but we will experience some heavy rain through the afternoon and evening, with a slight risk of spot flooding in places, particularly across southeastern coastal counties, with a yellow weather warning in place for these counties," Cathal added.

Looking towards the weekend and the potential Storm Callum, the meteorologist said, "our weather looks very disturbed, with the potential risk of some stormy conditions across the southeast of the country late Saturday night and Sunday morning."

He said current models "indicate that the worst of the storm will miss the country, with some charts indicating that the storm won't truly develop until it affects central Europe on Monday/Tuesday, where it will bring the first snowfall of the year to Alpine countries."

"However, other models such as the ECMWF continue to show the potential for some stormy conditions in many areas of the east and south as we head into Sunday morning," Cathal concluded.

People can keep up to date with forecasts on the Midland Weather Channel on Facebook and Met Eireann's website at www.met.ie.

Met Eireann has said ' a wave depression' is expected to deepen, as it tracks close to the southeast coast of Ireland on Thursday bringing Storm Bronagh. It will track up the east Irish Sea and into northern England later today and tonight. As a result the UK Met Office have named it Storm Bronagh.

Heavy and possibly thundery rain will affect Ireland today and for a time tonight, with a rainfall warning in operation for parts of south and east Munster and South Leinster.

The weather remains changeable and disturbed for the coming weekend and there is potential for another storm to form late Saturday into Sunday. The track of the depression is uncertain at this stage and both Met Éireann and the UK Met Office are monitoring developments. Further updates and relevant warnings will be issued as appropriate.

Our colleagues in the UKMO have named a low pressure system which will pass close to Ireland this evening and tonight as Storm Bronagh. For further information this storm and a possible further storm depression the weekend, please see https://t.co/mzehYiyge6 pic.twitter.com/P5vdo5oB9J