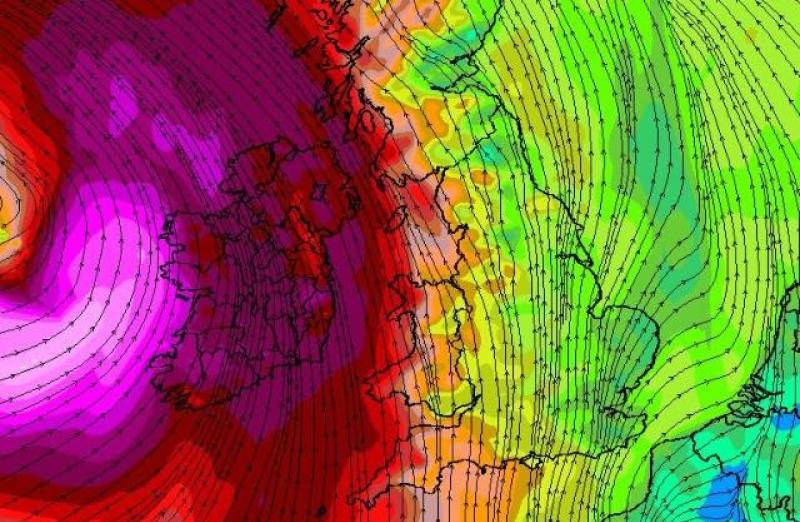 An  Atlantic storm could bring severe wind and rain with and multiple warnings likely on this week, a weather observer has predicted .

"At present, all the available weather models indicate that a severe storm, which will be named Callum, is likely to affect parts of the country during Friday, with hurricane force gusts of wind possible on Atlantic coastal counties.

"Currently, it looks as though Kerry, Clare, Galway, Mayo, Sligo, Leitrim and Donegal will experience the worst of the storm, with gusts of up to 150 km/h possible, but inland areas may also see gusts of up to 130 km/h," he warned.

Mr Nolan expects it to have an impact.

"Certainly strong enough to cause disruption to power services and transport, while flooding is also likely to affect parts of the west this coming week.

"Persistent spells of heavy rain are expected across west Connacht, southwest Munster and Northwest Ulster. Totals in excess of 100 mm seem probable in some locations by the end of this week, with even higher totals likely in mountainous areas. Caution is advised if driving during such conditions and remember never to drive into water where the depths are unknown," Nolan added.

He concluded that the storm will require constant monitoring over the coming days.