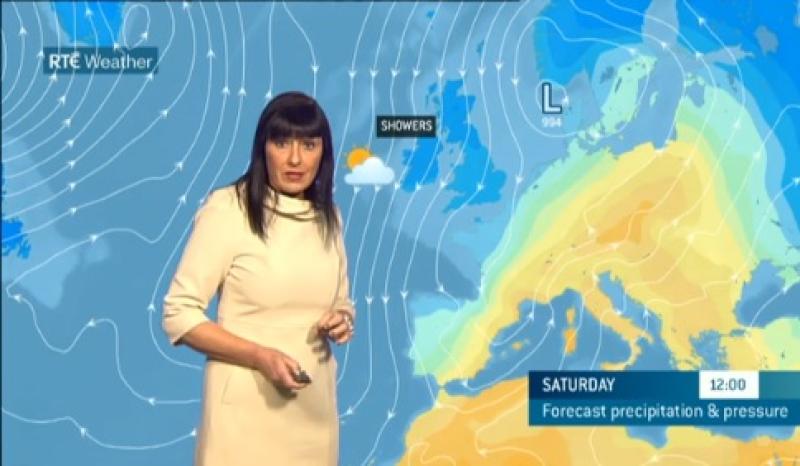 Arctic weather is set to whip Ireland over the Bank Holiday weekend with Met Éireann warning of wintry showers and daytime temperatures not rising higher than 7 degrees.

The forecaster says temperatures will dip to -3 degree in weather that will also feature strong winds, heavy rain and thunder.

Met Éirean also warns that overnight weekend frosts in many areas and a risk of icy patches in places.

Thursday, October 25 will be mostly cloudy with a little patchy rain or drizzle in the north and northwest. The best of any brighter interludes in the south. Rain and drizzle in the north and northwest will spread southwards across the country through the late evening and night. Highest temperatures of 11 to 13 degrees with moderate westerly breezes freshening along Atlantic coasts by evening time.

On Thursday night, rain and drizzle will clear southwards and the cold weather will follow behind. Clear spells and showers will follow from the north, mainly over Ulster and Connacht. Winds will become northwesterly and will increase fresh to strong and gusty overnight. It will become cold with lowest temperatures of 3 or 4 degrees.

Friday marks the start of what could be an extended cold spell. Met Éireann says it will be cold and blustery or windy with sunshine and showers of rain or hail, some of them heavy.

Highest temperatures of 7 to 11 degrees with fresh to strong, gusty north to northwest winds, strongest in coastal areas.

On Friday night, frost will develop in some inland areas as temperatures fall to between 0 and 3 degrees.

Saturday will continue cold with sunshine and showers of rain or hail. A few may be thundery. Showers will be heaviest and most frequent in coastal counties.

They will be more isolated in inland counties. Highest temperatures of 6 to 9 degrees with fresh, gusty northerly winds, strong at times in coastal areas. A widespread frost will set in after dark under clear skies and slack northerly breezes. Lowest air temperatures of -3 to + 2 degrees, coldest further south of the country.

Sunday will be a bright day with good sunny spells. Showers will mainly affect east and north facing coastal counties. They'll be more isolated elsewhere. Highest temperatures of 8 to 11 degrees with moderate to fresh north to northeast winds.

Another widespread frost will set in after dark under calm clear conditions. Lowest air temperatures will fall back to between -3 to + 2 degrees, coldest across the eastern half of the country.

Bank Holiday Monday will be dry in many areas with sunny spells, the best of these in the east. It will be cloudier in the west and southwest with rain developing later in the day. It will continue cold with highest temperatures of 6 to 10 degrees and moderate to fresh southeast winds.

The Dublin Marathon is only a week away.
The weather for the event looks to be mostly dry but quite cold. Temps might not get above 6 or 7°C.@sseairtricity #DublinMarathon #ICANIWILL pic.twitter.com/fAka4xnraM

The forecaster says the trend for next weekend is for much cooler weather than of late with temperatures below normal. Windy at first, with occasional rain or hail showers. Cold at night, with some frost.

In her weekly farming forecast for RTÉ, Met Éireann meteorologist Jean Byrne said it would begin to get much colder from Friday with Sunday night becoming particularly cold.