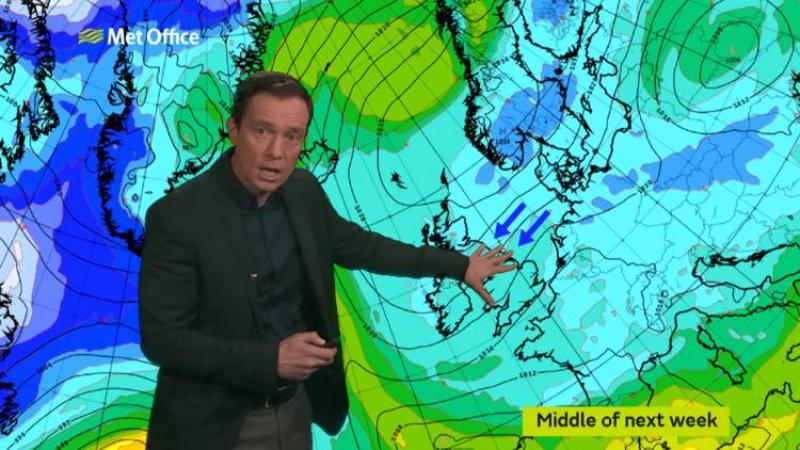 Met Eireann has issued a status orange weather alert for two counties on the Irish coast while the UK Met Office is predicting a drop in temperature next week.

The west coast of Ireland is in for a battering in coming days as yellow weather warnings are also in place.

The orange warning is in place for Donegal and Mayo with winds of up to 130 km/h expected overnight on Thursday and early on Friday. There is also a risk of coastal damage on exposed northwest coasts due to a combination of winds, high spring tides and high storm surge.

A status yellow wind warning is in place for Connacht, Cavan, Donegal, Clare, Kerry and Limerick. Southwest winds will reach wind speeds between 55 to 65km/h with gusts of 90 to 110km/h during the period, strongest near coasts where these limits may be exceeded at times.

This is valid from 10pm on Thursday to 12 noon on Friday.

Elsewhere, the UK Met Office which is Met Eireann's weather partner in Britain is predicting a cold snap after the strong winds and rain over the weekend.

In its latest 10 day forecast, the Met Office is predicting that once the current windy weather systems from the Atlantic will clear Ireland and Britain, a high-pressure system will establish itself over Scandinavia bringing much colder but drier weather next week. It is also forecasting snow in some areas.