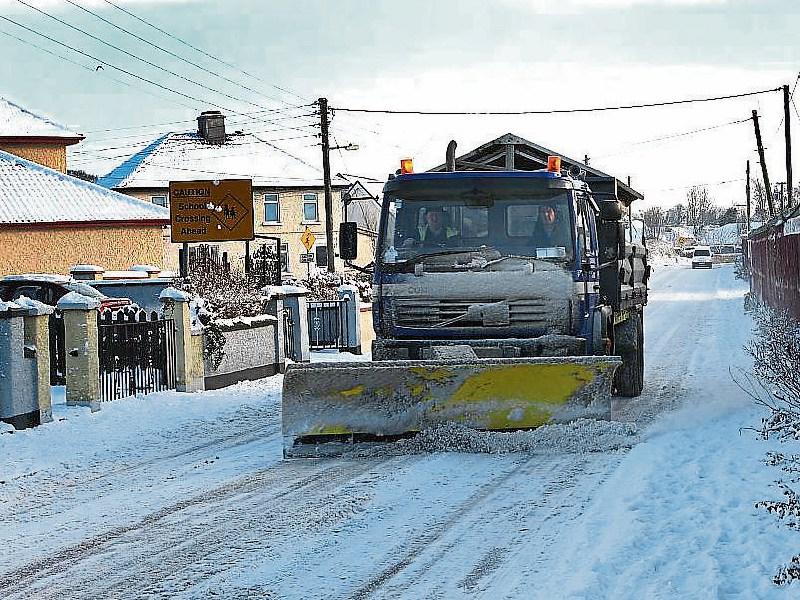 Less than a quarter of Laois roads are salted in cold weather but more roads are treated in the country than elsewhere..

This was revealed at a recent Portlaoise Municipal District meeting by the Director of Services.

Replying to a motion calling for the road from the roundabout to the Heath NS to be included in the roads salting programme, Mr Kieran Kehoe said the location is included in tin programme for 2018/2019.

Cllr Cathering Fitzgerald said a lot of people were very anxious to get this work done and she was absolutely delighted that the road was included.

Mr Kehoe said the amount of salting carrried out as a percentage in Laois compared to other counties was 23 percent of roads while the next highest county does 18 percent.

Cllr Caroline Dwane Stanley asked the council to consider salting outside Ballyfin School. She said a woman had contacted her for the last three years about this area and she probably would this year, too, with a car going off the side of the road one year.