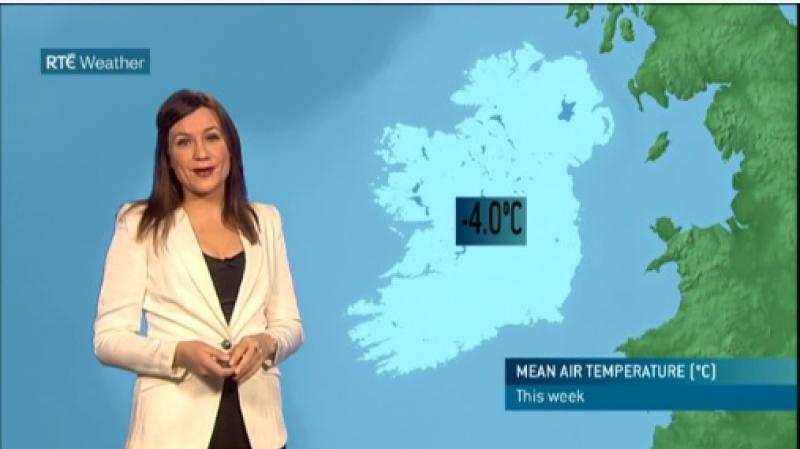 Met Éireann has forecast weather with snow in a 'bitterly cold' spell in the coming days.

Meteorologist Siobhan Ryan issued the prediction of what to expect in Met Éireann's weekly farming forecast on RTÉ.

"The outlook I'm afraid is for bitterly cold weather for the week ahead (with) mean air temperatures up to 4 degrees below average for this time of year," she said.

The significant cold would mean a 'real wintery feel'. 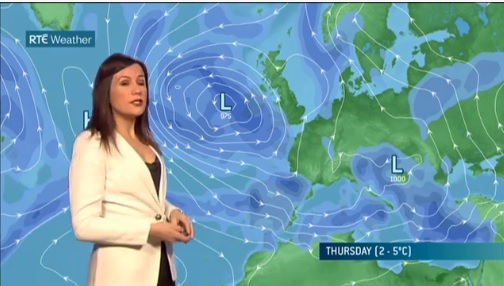 She said northerly weather would cause a raw feel on Sunday. She said Monday would also be cold and showers pushing in from the Atlantic would turn wintery as it meets the cold weather on Monday night. Tuesday is likely to be more wintery.

"Tuesday will bring some scattered falls of rain, hail sleet and snow," she said.

The forecaster said there would frosty start to Wednesday and it will be one of the drier days of the week but it will not mark an improvement.

The forecaster said low pressure moving in from the west look like it is going to reach Ireland on Thursday and Friday.

"With that, there will be some falls for rain but as it hits some very cold weather it is likely to turn to sleet and snow also," said Ms Ryan.

Tuesday will be very cold with outbreaks of rain, sleet and snow which will later clear to scattered wintry showers and some sunny spells. Top temperatures will reach just 2 to 6 degrees. Southwesterly winds will veer northwest and freshen.

Tuesday night will be very cold with scattered wintry showers and clear spells. Lowest temperatures will fall to between zero and -3 degrees with a widespread hard frost.

Wednesday will continue cold with scattered wintry showers becoming isolated and mostly dry later with good sunny spells. Top temperatures will be around 3 to 7 degrees and fresh west to northwest winds will ease.

Wednesday night will be dry with good clear spells at first and it will turn very cold with lowest temperatures falling to -1 to -5 degrees with a severe frost. However, cloud will increase from the southwest with a spell of persistent rain affecting the west and southwest by dawn.

On Thursday a spell of rain, sleet and snow will gradually clear northward to scattered wintry showers. Staying rather cold with afternoon temperatures of just 1 to 7 degrees in freshening easterly winds.