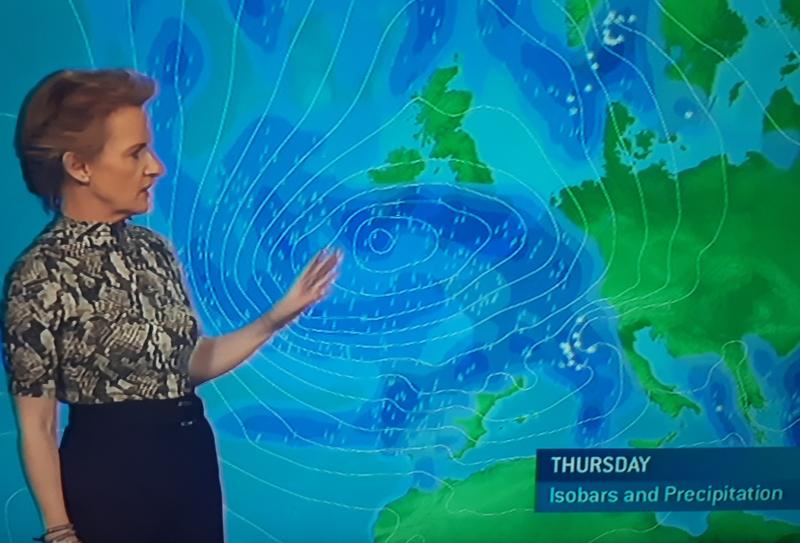 The worst of Storm Gabriel could miss Ireland but Met Éireann forecasts that another weather event in the Atlantic,  that could be called Storm Erik, looks to be on course for Ireland.

In her latest forecast, Met Éireann Joanna Donnelly said Gabriel is likely to miss Ireland to the south but is on course for France where large accumulations of snow are likely.

However, she said another 'weather event' is developing in the Atlantic and is expected to impact on Thursday. In her bulletin after the RTÉ News she said the low pressure is associated with the possibility of snow.

She said the extent of the weather event will be determined by the centre of the low pressure over Ireland. The next named Atlantic storm by Met Éireann would be called Erik.

Met Éireann has issued a Status Yellow weather warning until Saturday due to the likely impact of the cold snap this week.

Clear and cold early tonight with scattered showers and widespread frost but the showers will become more widespread and wintry later tonight. Lows of -1 to +2 degrees in moderate westerly breezes. pic.twitter.com/8SkMKU91PZ

A developing area of low pressure over the western Atlantic has been named as 'Storm #Gabriel' by the French Met office.

The low centre tracks to the south of the UK, but rain, sleet & #snow will push across the country on Tuesday & Wednesday ️️ pic.twitter.com/gOn5Z99QBN