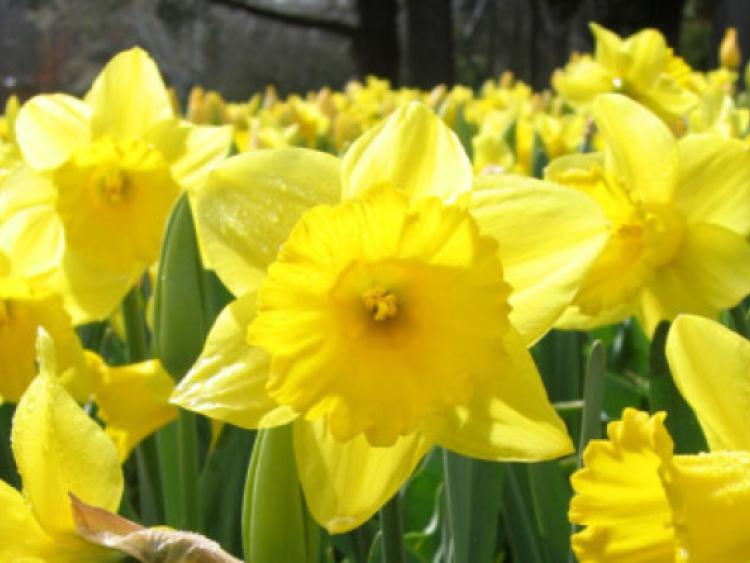 Met Éireann's forecast of very mild weather with above average temperatures will put a Spring feel in the air this week.

Met Éireann's outlook from midweek into the weekend is for "very mild" weather with temperatures above normal by day and night, with values in the mid-teens on Saturday.

A blocking high front over Europe is keeping the more seasonal weather away from Ireland. MORE BELOW TWEET.

Here is our 7 Day Atlantic forecast chart for Precipitation and Pressurehttps://t.co/9gKN6SVok4 pic.twitter.com/pqxUzhjBHb

After a cool start, Tuesday will be dry for a time across the eastern half of the country today but outbreaks of rain affecting the west will extend nationwide by lunchtime. The rain will be heaviest and most persistent in the west and southwest of the country and will be accompanied by strengthening southerly winds. After a cool start afternoon temperatures will range 7 to 10 degrees.

It will be mostly cloudy overnight with scattered outbreaks of rain and drizzle. Heavy bursts of rain are expected in parts of the southwest and west. Some mist and hill fog also. Mild with minimum temperatures of 8 to 10 degrees in strong and gusty southerly winds. Very high seas with the risk of some coastal flooding.

It is expected to be cloudy and damp in most places on Wednesday morning with patchy rain and drizzle. Good dry periods will develop during the afternoon but it will remain rather damp and drizzly in southern and western coastal areas. Highest temperatures of 11 to 14 degrees in fresh southerly winds. Very high seas with the risk of some coastal flooding.

Wednesday night will be very mild indeed with lowest temperatures 8 to 11 C. A few clear spells, but generally cloudy and misty, with patches of drizzle and fog. Some persistent rain will develop along much of the Atlantic Seaboard towards dawn. Fresh and gusty southerly winds will be strong on exposed coasts.

Drizzle, mist and fog is forecast for Thursday morning but much of these will die out by afternoon, with a few bright or short sunny spells developing.  Rain along much of the southwest and west coasts may be slow to clear. Top temperatures of 12 or 13 C., in fresh and gusty south to southeast winds. Mild and breezy overnight, with the drizzle, mist and fog becoming fairly widespread. Temperatures are expected to be no lower than 9 to 11 C.

Friday is likely to be mild and breezy. Damp for a time, but drier later in the afternoon and early evening, with a few bright or sunny spells developing in places. Temperature highs will reach between 12 and 14 C. Very mild and mainly dry overnight, with lows of 8 to 10 C.

Saturday is forecast to be breezy with fresh and gusty southerly winds. Dry and bright to start in all areas. Some sunny spells too, best in the eastern half of the country. Some showery rain is set to develop in Atlantic coastal counties during the second half of the day. Temperatures are set to reach between 13  and 16 C. It will be warmest in the sunshine. Damp for a time overnight, but turning cooler and drier later, with some frost and fog possible by dawn Sunday.

At this stage, Sunday looks to be a mainly dry, bright day, with occasional sunny spells. Highs of 11 to 13 C., in light variable breezes.