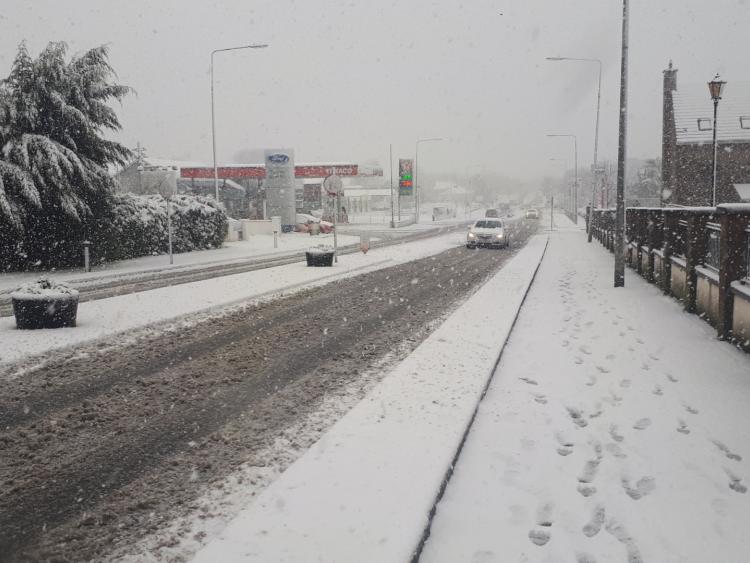 Snow features in Met Éireann's weather forecast for the day Ireland play France in rugby while the weather for St Patrick's week and Cheltenham looks like it could be cold, wet and windy.

Snow is forecast for Saturday night and Sunday when Ireland plays France in the Aviva. Many parts of Leinster were blindsided by snow last weekend which caused travel chaos in many counties and on the motorways.

Met Éireann isn't taking any chances this weekend warning of snow, sleet, hail and rain over the weekend.

Next week, which features the Cheltenham horse racing festival, looks likely to start with stormy conditions with gales and heavy rain.

As for the outlook for St Patrick's weekend, Met Éirean is predicting cold showery conditions will follow for Friday and next weekend.

The forecaster weather issued at March 8 at 08:44

TODAY - FRIDAY 8TH MARCH
Rain will begin to clear from the west later this morning and it will then brighten in most places for the afternoon. Showers will affect Connacht and Ulster during the second half of the day but most other places will be dry into the evening. Highs of 8 to 12 degrees in moderate to fresh southwest winds.

TOMORROW - SATURDAY 9TH MARCH
Saturday will be a bright day with good sunshine and scattered heavy showers. Highs of 7 to 10 degrees in fresh westerly winds.

NATIONAL OUTLOOK
Saturday night will be cold and breezy with wintry showers, mainly of rain, hail and sleet, but turning increasingly to snow overnight, especially in Ulster and on high ground. Lowest temperatures of 0 to 3 degrees with moderate to fresh westerly winds.

Monday will start off mainly dry with some sunny spells. It will become a bit milder with highest temperature of 7 to 10 degrees. Southerly winds will gradually strengthen and rain will spread eastward across the country later in the day and on Monday night. The rain will be heavy in many areas. It will clear overnight with showers following from the west.

Tuesday will be windy with widespread heavy showers, some of hail with a risk of thunder. Highest temperatures of 7 to 10 degrees with strong, gusty westerly winds, reaching gale force along western coasts. It will continue very windy and showery on Tuesday night.

Wednesday will continue windy and showery with strong northwest winds, which will ease later in the day and on Wednesday night. Highest temperatures of 7 to 10 degrees.

Thursday will be mostly cloudy with outbreaks of rain.

Cold showery conditions will follow for Friday and next weekend.