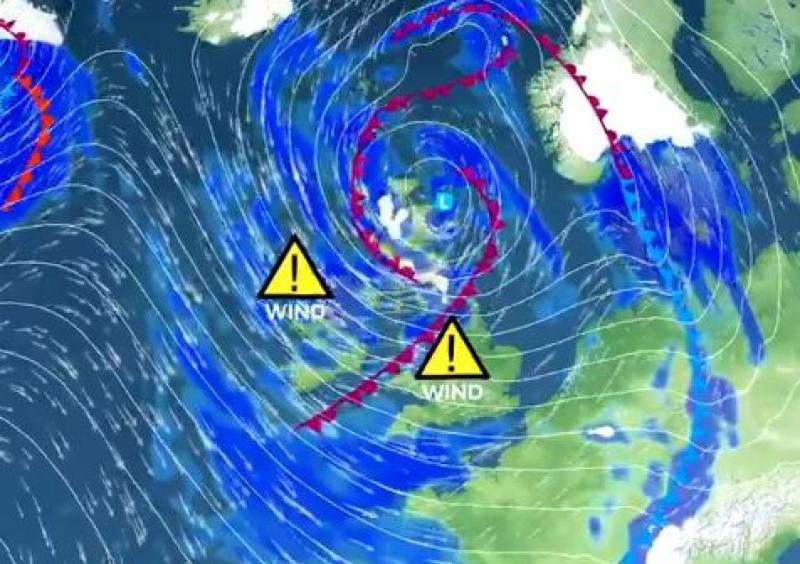 A Status Orange wind warning has been issued for Donegal, Leitrim, Mayo and Sligo as storm Gareth approaches, westerly winds will reach mean speeds of 65 to 75km/h with damaging gusts reaching 110 to 130km/h. There is also the risk of coastal flooding due to high seas.

Storm Gareth has also brought a Status Yellow rainfall warning for Connacht, Donegal, Clare, Cork, Kerry and Limerick with heavy rain followed by 'squally showers' will lead to the risk of rainfall accumulations of around 25mm.

A third Storm Gareth warning covers all of Ireland. This Status Yellow wind warning for Ireland will bring westerly winds will reach mean speeds of 50 to 65km/h and gusts of 90 to 110km. There is a risk of coastal flooding due to high seas along Atlantic coasts.

The UK Met Office has said Storm Gareth has been named by Met Eireann.

#StormGareth has been named by @MetEireann and is forecast to bring strong winds and heavy rain to the UK later on Tuesday and into Wednesday #weatheraware pic.twitter.com/sdpxvNNWy1