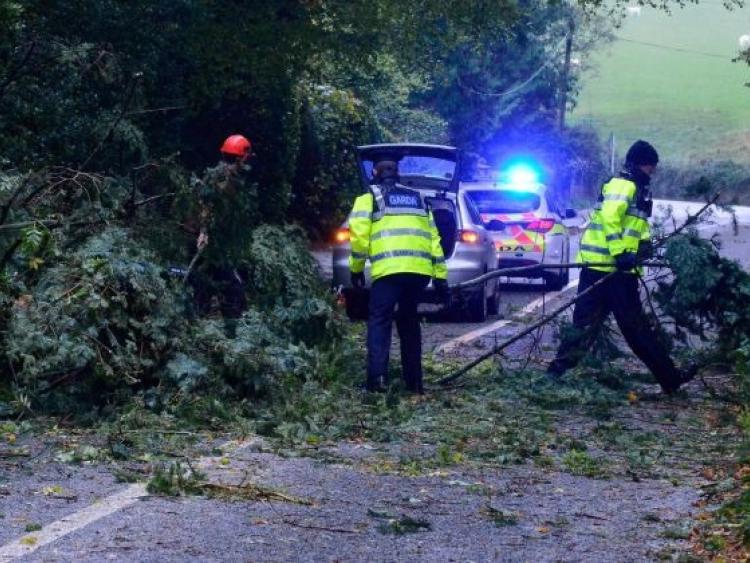 An Garda Síochána has issued a safety warning ahead of Storm Gareth which is expected to hit Ireland on Tuesday into Wednesday night.

A Status Orange wind warning for Donegal, Leitrim, Mayo and Sligo kicks in at 12 noon on Tuesday until 9 am on Wednesday while a status yellow warning is in place for the rest of the country during this time.

Met Éireann has said that Storm Gareth will bring 'damaging gusts' of up to 110 to 130km/h.  There is a risk of coastal flooding due to high seas along Atlantic coasts.

Gardaí have issued a road safety alert for the storm.

"We are asking road users to exercise caution while using the roads as Met Éireann has issued Orange and Yellow weather warnings for strong winds.

The following advice has also been issued for road users.

• Beware of objects being blown out onto the road. Expect the unexpected.
• Watch out for falling/fallen debris on the road and vehicles veering across the road.
• Control of a vehicle may be affected by strong crosswinds. High sided vehicles and motorcyclists are particularly vulnerable to strong winds.
• Drivers should allow extra space between themselves and vulnerable road users such as cyclists and motorcyclists as they may be blown off course by strong winds.
• Drive with dipped headlights at all times.

Advice for Pedestrians, Cyclists and motorcyclists;

• Be seen. Wear bright clothing with reflective armbands or a reflective belt.
• Take extra care when crossing the road or cycling in extremely windy conditions as a sudden gust of wind could blow you into the path of an oncoming vehicle.
• Walk on a footpath, not in the street. Walk on the right-hand side of the road, facing traffic if there are no footpaths.