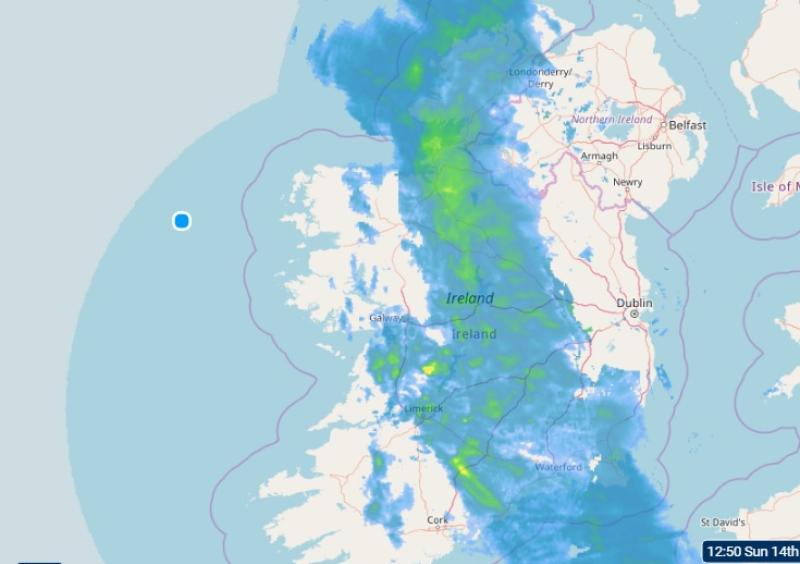 Met Éireann has extended its weather alerts with either Status Orange or Yellow warnings now in place for wind or rain for much of Ireland on Sunday and Monday.

The forecaster has upgraded some of its warnings as storm-like conditions extend to most of the country. Heavy rain has led to a Status Orange warning while Status Yellow warnings have been extended for wind and rain.

It says strong and gusty southeast winds will reach mean speeds of 50 to 60kmh with gusts of up to 100km/h possible, strongest about high ground.

Status Orange and Yellow warnings are also in place for most other parts of the country.

People are warned to expect "hazardous driving conditions expected, with flooding possible". The forecaster says rainfall amounts will be highest along the south coast and about higher ground.

Met Éireann warns of heavy rain Sunday night and Monday bringing a risk of spot flooding, especially in southern parts of these counties.

Strong and gusty southeast winds are expected with means speeds of 50 to 65kmh with gusts of 90 to 110km/h, strongest in coastal areas and about high ground.

Detailed forecast issued by Met Éireann Issued on Sunday, April 14 at 11:37am

SUNDAY 14TH APRIL
Outbreaks of rain over eastern parts of Munster and Connacht, as well as west Ulster and south and west Leinster will become lighter and patchier this afternoon. Elsewhere, it will be largely dry, but mostly cloudy. Cold and blustery with highest temperatures of just 5 to 9 degrees in fresh to strong, gusty southeast winds.

TOMORROW - MONDAY 15TH APRIL
Heavy rain will continue over southern counties tomorrow with some flooding possible. The rain will tend to be more scattered and intermittent elsewhere. A windy day for many, with strong to gale force and gusty southeast winds, with the risk of damaging gusts near the west coast in particular. Afternoon temperatures of 7 to 10 degrees Celsius.

NATIONAL OUTLOOK
On Monday night, rain will gradually become confined to Eastern coastal areas and the strong winds will ease. Lowest temperatures of 4 to 7 degrees.

Tuesday will still bring a little patchy rain or showers to parts but there will be a good deal of dry weather overall with the West seeing the best of the brighter spells. Afternoon highs of 9 or 10 degrees in eastern areas but 13 to 15 degrees in the west and winds will be moderate Southeasterly.
Tuesday night will be cold with possibly some mist or patchy fog developing in places and a touch of grass frost locally.

For the rest of the coming week, apart from a few light showers, it looks like it will be mainly dry with sunny spells. Winds will remain moderate East or Southeast and it will gradually become a degree or so milder day by day, so with temperatures on good Friday afternoon expected to range from 15 degrees along exposed coasts to as high as 18 to 20 degrees elsewhere. Night-time temperatures will be around 5 to 8 degrees.