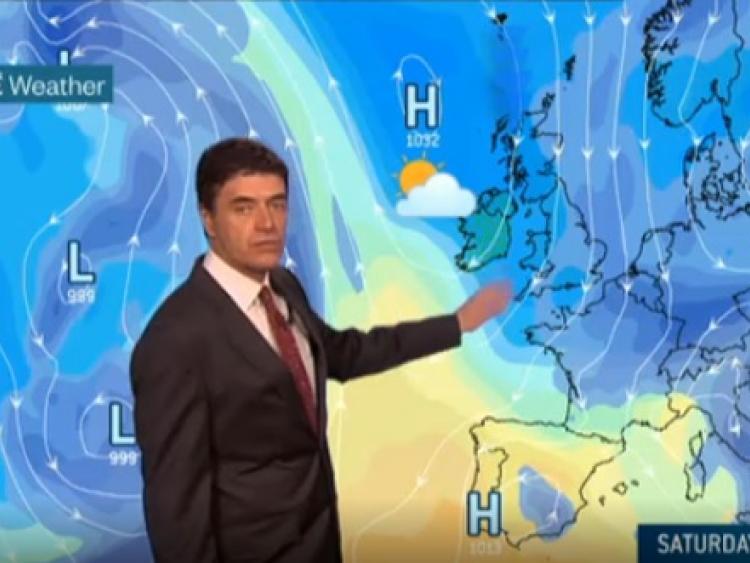 Gerry Murphy presents the weather forecast after the RTÉ news.

Weather forecasters are expecting a whip of wintry weather to sweep down over Ireland and Britain over the May bank holiday weekend caused by a blast of unseasonal artic air that will bring snow to northerly parts.

Met Éireann forecast says that while the weekend will be largely dry and sunny at times, temperatures will be below normal. Meteorologist Gerry Murphy gave the latest after the RTÉ news.

"For the weekend we will have high pressure dominating which will keep the weather largely dry but it will certainly be in the cooler air with daytime temperatures between 10 and 14 degrees for Saturday and Sunday with the risk of a touch of frost at night," he said. WATCH FORECAST

There is no snow in the Irish forecast but its official counterparts in Britain say there is a risk.

Forecasters in the Met Office in the UK said the air from the artic would flood south over Ireland and Britain over the weekend. It warned that sleet and snow is on the cards for Scotland. WATCH FORECAST. more below picture 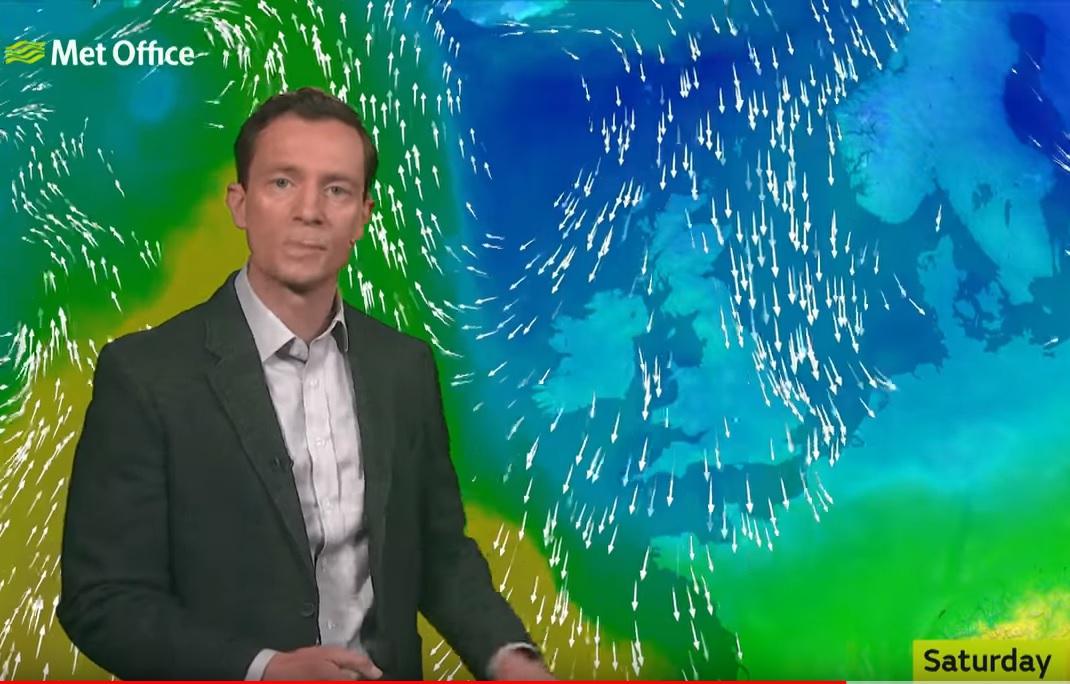 Temperatures are likely to recover later in the weekend. MORE MET ÉIREANN FORECAST DETAILS BELOW TWEET

Met Éireann website forecast issued at 8.54am on Wednesday, May 1.

TODAY - WEDNESDAY 1ST MAY
Cool and bright this morning with sunny spells. But showers already on the Atlantic Seaboard will move steadily eastwards and become fairly widespread across the country during the course of the afternoon. A few will be heavy. Top temperatures 12 to 16 C. best in the east. Light to moderate southwest winds will be fresh in western coastal areas.

TONIGHT - WEDNESDAY 1ST MAY
Tonight the showers will become isolated and will mostly affect parts of Ulster and north Connacht. Temperatures will fall to between 5 and 8 C with light to moderate westerly breezes.

TOMORROW - THURSDAY 2ND MAY
Tomorrow, Thursday, will be a day of showers, merging over Munster and parts of Connacht into longer spells of rain for a time. Top temperatures 12 to 15 C. Winds will be light to moderate and mainly northwesterly in direction.

NATIONAL OUTLOOK
Thursday night will see further rain or showers in the west while elsewhere will be mainly dry. Winds will be light northerly and temperatures will fall to 3 or 4 degrees.

Friday will be mainly dry as high pressure becomes established over the country. It'll be sunny with light to moderate northerly winds and temperatures will reach between 9 degrees in the north and 13 degrees in the south.

The bank holiday weekend looks like staying dry throughout as anticyclonic conditions prevail. Temperatures will be a little lower than usual for the time of year but will recover to near normal by the end of the weekend. There will, however, be little or no wind and plenty of sunshine so will feel pleasant despite the slightly lower temperatures - typically between 9 and 12 or 13 degrees from north to south. The winds, light northerly on Saturday, becoming variable by Saturday night.