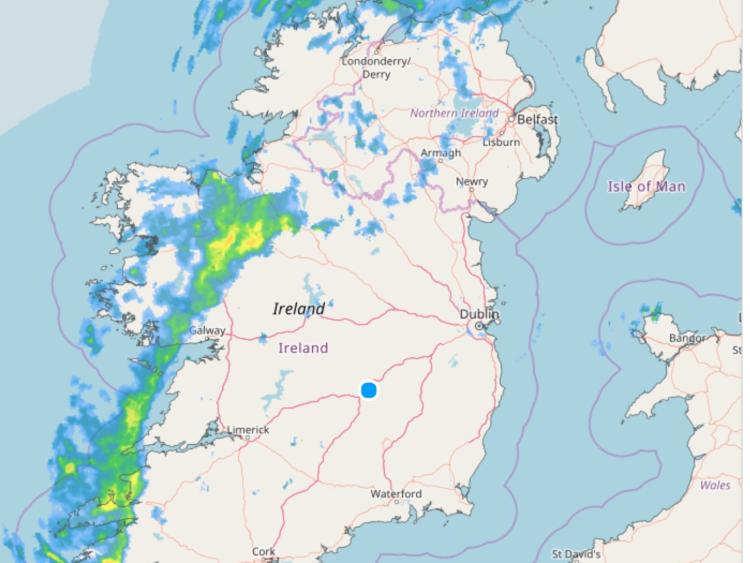 Met Eireann is forecasting an east west split in the weather over Ireland to start the weekend with the west getting the rain.

Most of the final full week of August also promises fine weather but enjoy it because the forecaster says  a change is on its way from midweek.

The forecaster say Saturday will be warm with the eastern half of the country enjoying be mainly dry with sunny spells.

It will be cloudier further west with outbreaks of rain in west Munster and parts of Connacht and Ulster.

Saturday night will be mild and mainly dry. But there will be drizzle in places and some patches of mist and fog. Lowest temperatures between 12 and 14 degrees.

Sunday will be warm and mainly dry.

After a mostly cloudy start, Met Eireann says it will brighten up with some sunny spells A few showers may develop. Highest temperatures of 18 degrees in the west to 24 or 25 degrees in the east and northeast with light breezes.

Temperatures will fall to between 9 and 13 degrees on Sunday night, coolest in the West, and it'll stay mainly dry with just a few isolated mist patches around dawn. Light variable breezes will back southerly and freshen on Atlantic coasts by morning.

Monday will be dry in most areas with sunny spells but it'll turn cloudy near the West coast with outbreaks of rain developing later in the day along with a freshening breeze. Top temperatures 18 to 21 degrees, warmest in the east and southeast. Southwesterly breezes will be light to moderate in strength, but winds stronger along Atlantic coasts.

Monday night is set to be loudy with outbreaks of rain in the West and patches of mist, fog and drizzle elsewhere. Lows of 11 to 13 Celsius with light southerly breezes, fresher along Atlantic coasts.

Tuesday looks likely to be a cloudy day with outbreaks of rain. Temperatures will reach highs of 18 to 21 Celsius with mainly light or moderate Southerly breezes.

Current indications suggest the rest of the coming week will be cooler and unsettled.