Met Éirean forecasts rainfall to be 300% above average this week 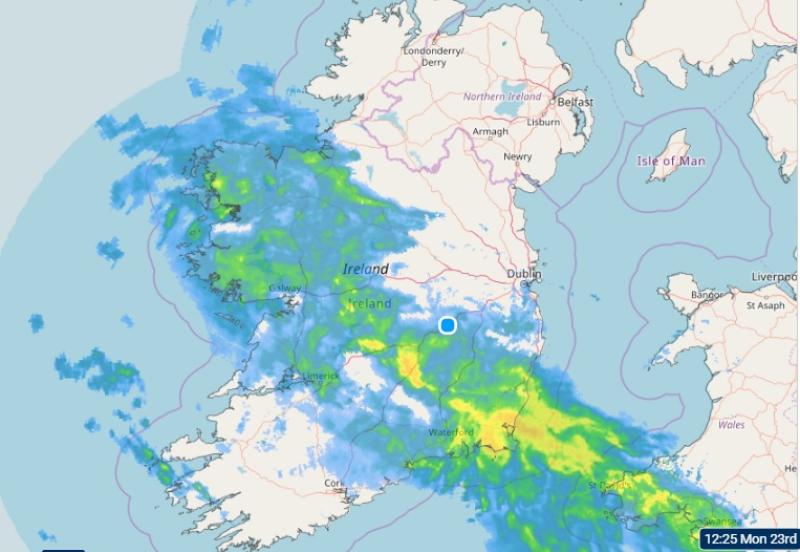 Met Éireann expects that that amount of rain that could fall over Ireland this week could be up three times above normal for this time of year.

With flash and spot flooding already occurring in parts over the weekend, the forecaster says more rain is on the way with more flooding.

"Rainfall details are uncertain, but it is likely to be wetter than normal for most of the country with current indications suggesting amounts between 145 and 300 % of the norm over the 7-day period, with the wettest conditions over Munster," said the Met Éireann farming forecast issued on Sunday, September 22.

The summary national outlook is that low pressure will dominate the weather pattern through the coming week, bringing unsettled weather overall. MORE DETAILS BELOW TWEET

Our Atlantic chart shows precipitation and pressure forecast in 6 hour intervals for the next 7 days.https://t.co/v5aQGT8F9e

The national forecast and the national outlook for the next few days are available here:https://t.co/yEsIuCkWlq pic.twitter.com/aPCEibZAZV

Met Éireann weather issued on its website on September 23 at 10:48am

Wet and rather windy weather will continue to extend countrywide, with the risk of thunder. Brighter intervals will follow from the southwest this afternoon, but some of the showers that follow will be heavy and possibly thundery, especially later this evening. Top temperatures 16 to 19 degrees, mildest across Munster. Fresh to strong and gusty southeast winds will veer southerly and moderate later.

TONIGHT
Some slow-moving thundery showers will feed up in a southerly flow overnight, with the risk of spot flooding. Long clear spells in many areas too though. Lows of 10 to 13 degrees. Patches of mist and fog will form towards dawn.

TOMORROW - TUESDAY 24TH SEPTEMBER
Some heavy slow moving showers across the north and east to begin on Tuesday. Whilst it will begin brighter and drier elsewhere, outbreaks of rain across the southwest of Munster will slowly move into other areas during the day, with some heavy falls across southern counties. Top temperatures of 16 to 19 degrees, mildest across Ulster. Winds will be light variable, mainly southeasterly, though they will strong along the south coast.

It will be largely dry on Tuesday night with just a few patches of drizzle and mist about, along with variable cloud and clear spells. Winds generally light west or northwest in direction. Minimum temperatures will range 10 to 13 degrees.

Wednesday will be a largely dry day in most areas with the best of the bright or sunny intervals in the east. Generally dull and cloudy conditions will prevail in western and southwestern counties with patchy rain and drizzle developing here in the late afternoon or early evening. Light or moderate southwest breezes will back southerly towards evening. Top temperatures of 16 to 19 degrees.

Rain will turn heavy in Atlantic coastal counties later Wednesday evening, before spreading countrywide overnight. Moderate southerly winds, fresh to strong for a time on some coasts, will veer southwest as the rain transitions to showers from the west overnight. Lows of 11 to 14 degrees.

Thursday will be a breezy day with a mix of sunshine and showers. Some of the showers could be heavy with a risk of thunder, most frequent in the west and northwest. Southwesterly winds mostly moderate in strength but winds fresh to strong and gusty along coasts. Top temperatures of 15 to 17 degrees.

Current indications for Friday suggest a rather cool and showery day, although perhaps mainly dry in the east and south at first with some sunshine. Showers in the west and north becoming more widespread by the afternoon, some heavy and possibly thundery, especially in Connacht and west Ulster. Southwesterly winds mostly moderate in strength but winds strong or very strong and gusty on west and south coasts. Maximum temperatures 13 to 16 degrees.

Next Weekend: Unsettled with showers or longer spells of rain some heavy and possibly thundery. Temperatures close to average or just slightly below.