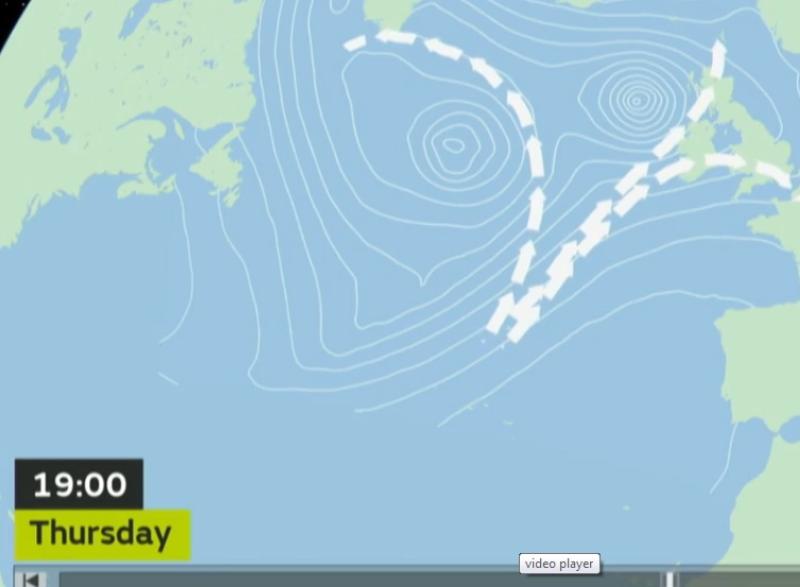 Weather forecasters have plotted three possible routes Hurricane Lorenzo could take as it makes its way across the Atlantic to Ireland.

Met Éireann says it is working closely with with the National Hurricane Centre in the United States and the Met Office, its official forecasting partner in the UK.

The Met Office has issued a forecast which says there are three possible tracks for the storm.

One possibility is that it will head north west away from Ireland while another would see it heading across the middle of Ireland.

All forecaster says there remains a lot of uncertainty as to what will happen. The main reason for this is that its course will be dictated by its energy source - the jet stream.