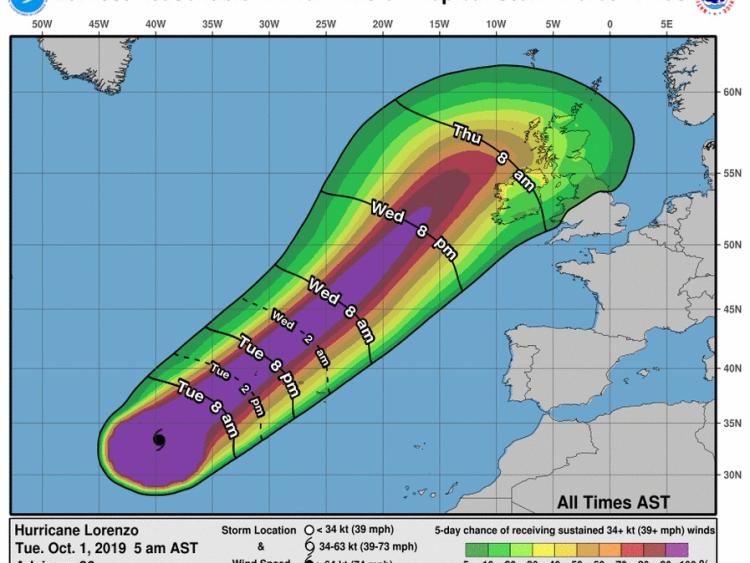 Hurricane Lorenzo is moving faster towards the northeast and is growing in size with winds near 100 miles per hour.

That is the lastest information issued on Tuesday morning, October 1 by the National Hurricane Center in the United States which has been tracking the storm since last week.

The forecaster, which is working with the Met Office in the UK and Met Éireann, provided updates on the course of the storm in tweets and charts. 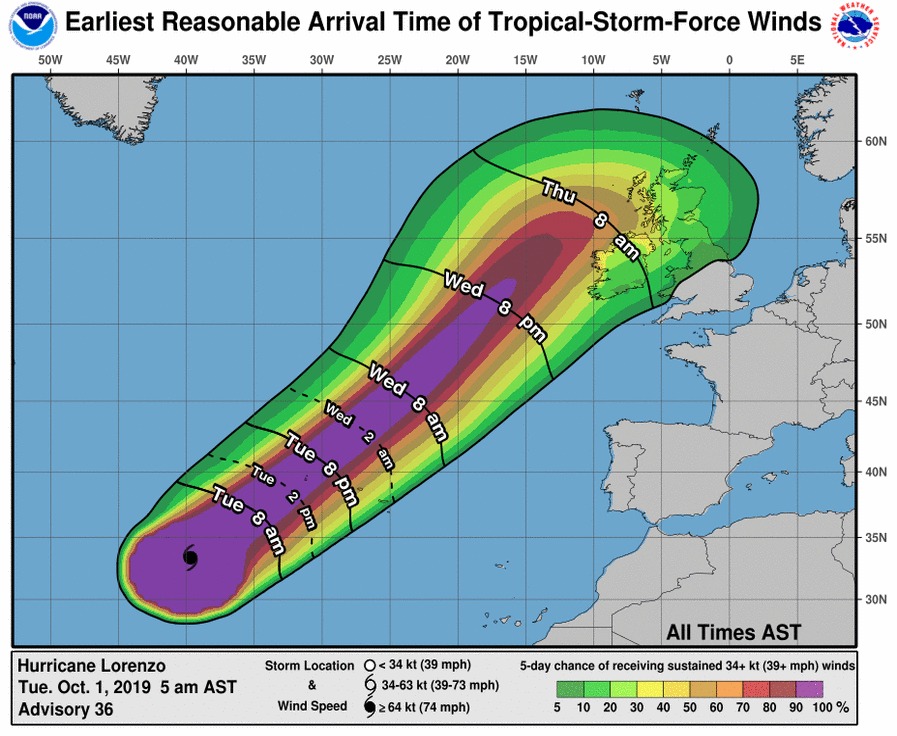 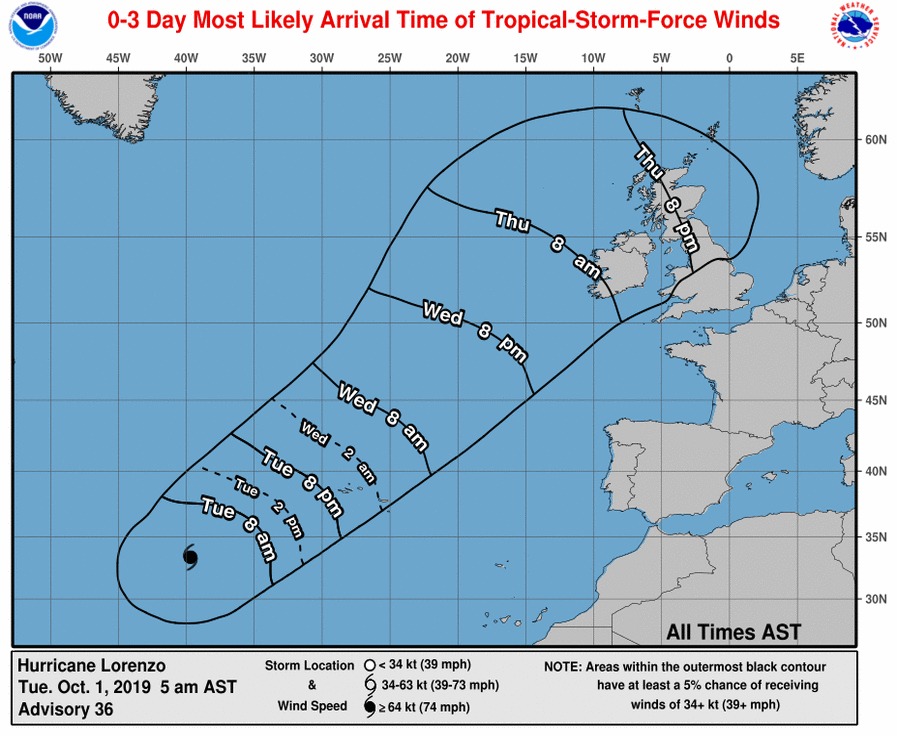