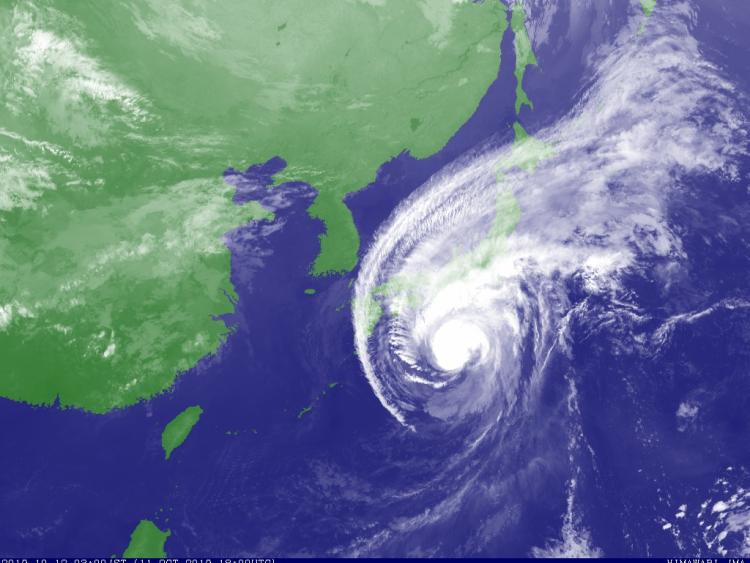 Met Éireann and the Japan Meteorological Agency have also published pictures of what it looks like from space.

With the drama of Storm Lorenzo behind most Irish people, thousands of others are following Ireland in Japan at the Rugby World Cup where Typhoon Hagibis is set to cause extreme weather conditions.

Met Éireann has tweeted satellite footage of the storm as it barrels into the islands. Met Éireann said Thursday that the typhoon could cause devastation.

The Japan Meteorological Agency has also published pictures of what it looks like. It says the storm is now very strong in intensity and large in scale.

The storm has forced the cancellation of two rugby matches involving New Zeland and South Africa and also threatens the Japan Scotland game. Ireland's game against Samoa is due to be played on Saturday because it is being played in the southwest of the country away from the track of the typhoon. 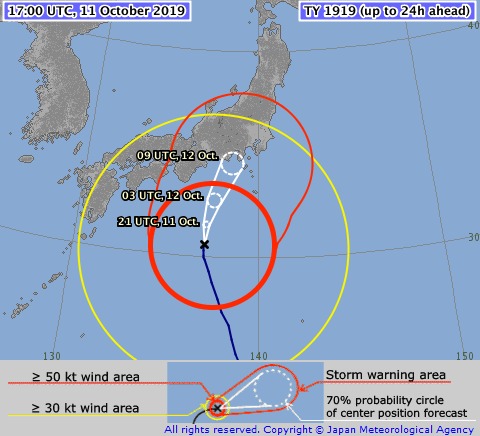 We have updated our Meteorologist's Commentary with the latest forecast information for Typhoon Hagibis.
See here: https://t.co/ktXtWjbfIg #TyphoonHagibis #Hagibis pic.twitter.com/4P5H05brVh