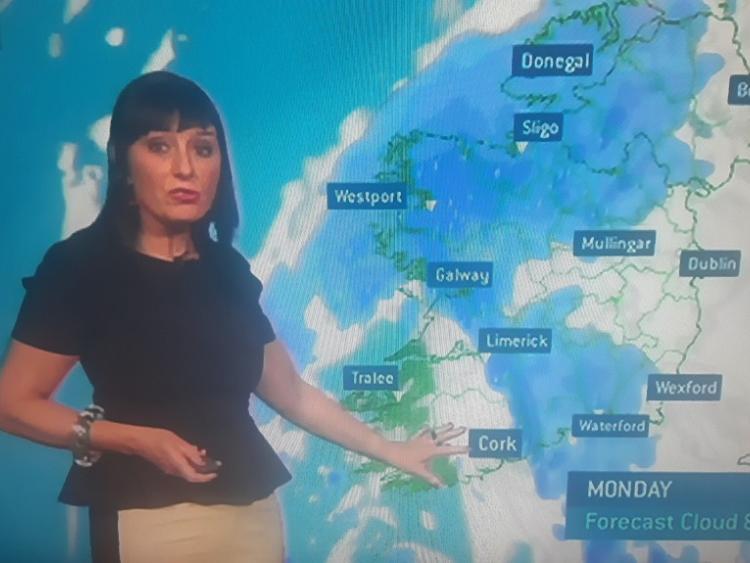 Commuters are facing wet journeys on Monday with Met Éireann issuing a Status Yellow rainfall warning for most of Leinster and all of Munster, Connacht with flooding possible.

The forecaster's warning says heavy rainfall will occur during overnight Sunday into Monday with the potential for heavy downpours locally and during shorter intervals.

It adds that there is potential for flooding on already saturated or waterlogged grounds.

Met Éireann says most areas will begin dry tonight with mist and shallow fog patches forming. It says A spell of rain will quickly move up from the south to affect most areas overnight however, the far northwest of the country may remain dry until morning.

The forecaster says the rain will be heavy bringing a risk of spot flooding in places, with the isolated thundery burst possible. Lowest temperatures of 3 to 7 degrees, with mostly light variable winds, but southeast winds will be strong and gusty near south and southwest coasts.

Cloudy with heavy and persistent rain in many areas on Monday, with the potential for flooding in places. Thunder is possible. Drier weather will extend into the west and southwest During the late afternoon and evening but further spells of rain will continue elsewhere. Highest temperatures 10 to 14 degrees. Winds will be mostly light to moderate and variable in direction, but winds will be strong and gusty along south and southwest coasts.

The outlook is for the weather to remaining unsettled with rain or showers most days, most frequent across Atlantic counties. More below tweet.

Met Éireann forecast issued on its website on Sunday, October 13 at 6.42pm.

Monday night is likely to stay very wet across the north and east - high volumes of rain and further spot flooding. Mist and fog will set in widely too, in near calm. Chilly with lows of 4 to 7 degrees.

On Tuesday mist and fog will slowly clear with some sunny spells developing. Starting out largely dry, however wet and windy weather will move into the west and southwest by early afternoon, and this will gradually extend countrywide by evening. Highest temperatures 12 to 15 degrees in freshening southerly winds, strong and gusty along southern coasts, where the rain will be heaviest. A clearance to showers will follow overnight. Another chilly night, with lows of 4 to 8 degrees.

Early morning mist and fog will clear on Wednesday. Many areas will stay dry for the day with sunny spells and moderate southerly breezes. However, Atlantic coastal showers will occur too, and some of these will move further inland to affect west and southwest counties; blustery at times here also. Highest temperatures 11 to 14 degrees. Heavy showers will push into western and southern counties overnight. Lows of 7 to 9 degrees.

Met Éireann says steering low in the nearby Atlantic will feed in bands of showers with blustery southwest winds up along the Atlantic coastline on Thursday and Friday. The best of the dry and bright weather will occur across eastern half of Ireland. Temperatures will reach the low teens at best.