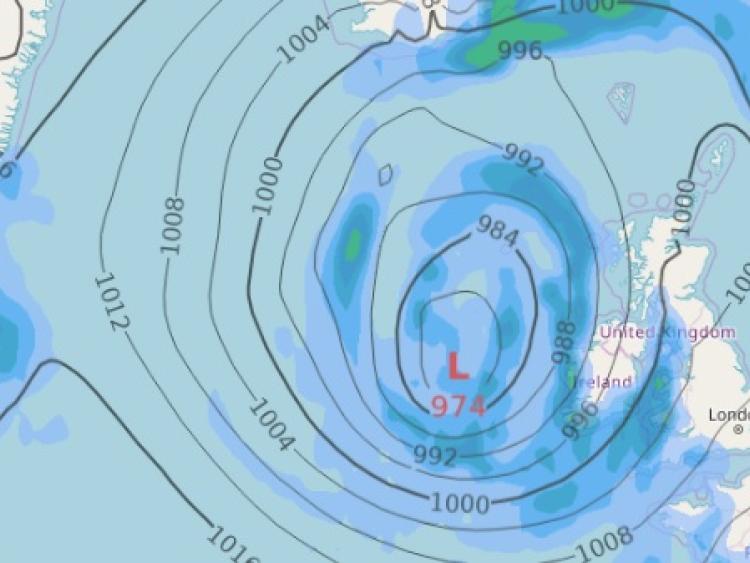 Met Éireann is forecasting a lot of wet weather this week.

Status Yellow rain warnings were for a place for several counties for Monday. The warning is in place for Connacht, Longford, Offaly, Westmeath, Clare, Cork, Limerick, Tipperary and Waterford until just before midnight on Monday.

It looks as if more rain is set to follow during the week.

The forecaster tweeted the outlook for the next seven days. It is expecting it to remain unsettled with rain or showers most days, most frequent across Atlantic counties. More below tweet.

A nationwide forecast and outlook covering the next week can be found here. https://t.co/9gKN6SVok4 pic.twitter.com/aNHzG5jpHe

Met Éireann weather issued on its website at 3.08 on October 14

Monday night is set to feature scattered outbreaks of rain with some heavy bursts at first. However, the rain will tend to become lighter and patchier as the night progresses with good dry periods developing. Mist and fog will develop in many areas as winds fall mostly light. Lowest temperatures of 6 to 9 degrees generally but ranging 3 to 5 degrees in the southwest.

Mostly cloudy early on Tuesday with a few patches of rain, drizzle and mist is expected by Met Éireann. Turning drier and brighter for a time during the morning but a spell of rain will move in to affect Munster and Connacht during the afternoon and evening. Much of Ulster and Leinster will have a dry afternoon apart from a few showers before persistent rain arrives later in the evening. Maximum temperatures of 11 to 14 degrees with light breezes in the morning increasing fresh to strong southeasterly during the day.

The rain will clear eastwards overnight on Tuesday with scattered showers moving into the west. Lows of 5 to 8 degrees with fresh southeast winds veering westerly as the rain clears and moderating.

Many areas will stay dry for the day with sunny spells and moderate southerly breezes on Wednesday. However, showers will affect Atlantic coastal counties, and some of these will move further inland through the day. Blustery at times here also. Highest temperatures 11 to 14 degrees.

Met Éireann expect heavy showers will push into western and southern counties overnight on Wednesday. Lows of 6 to 9 degrees.

The forecaster says a steering low in the nearby Atlantic is forecast to feed in feed in bands of showers with blustery southwest winds up along the Atlantic coastline and some thundery downpours on Thursday and Friday. The best of the dry and bright weather will occur across eastern half of Ireland. Temperatures will reach the low teens at best.