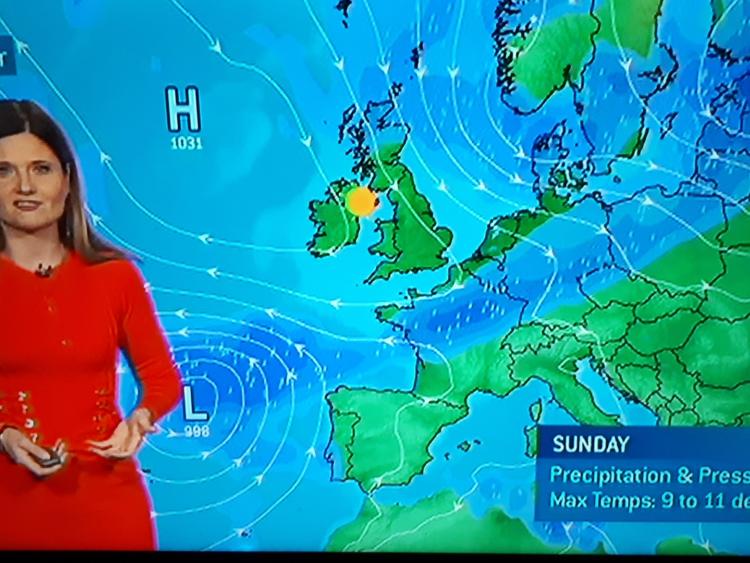 Met Éireann is forecasting a dry, sunny but cool and sometimes frosty October Bank Holiday weekend and says there will be 'ideal' conditions for the Dublin City Marathon.

In her Met Éireann forecast after the RTÉ news on Friday, meteorologist Michelle Dillon summed up the conditions to expect.

"The Bank Holiday weekend will bring a lot of dry bright weather, crisp sunshine cool by day and cold by night," she said.

Met Éireann's charts show a wet start to Saturday in the east and south-east where a weather warning will remain in place in parts of Leinster until Saturday morning.

It is also expected to be a cold start with temperatures dropping to freezing where the rain clears on Friday night.

The forecaster said rain would clear to the south on Saturday. She said some mist and fog would also quickly clear on Saturday morning.

She said it would be breezy on Saturday but there would be 'plenty of sunshine' apart from in the north-west these would ease into the night and some frost.

She expects Sunday to be ideal conditions for the Dublin City Marathon - dry and bright with some northwesterly breeze.

As for the Bank Holiday, Monday she expected another bright and dry day. More below tweet.

Here is our 7 day Atlantic Chart, showing the pressure and precipitation forecast in 6 hours intervals.https://t.co/9Giuj4CR5mhttps://t.co/9gKN6SVok4 pic.twitter.com/9P6Xa57NlG

Met Éireann forecast issued on its website at 9.05pm on Saturday, October 25.

TOMORROW - SATURDAY 26TH OCTOBER
Early rain in the east and southeast soon clearing. Otherwise a bright and fairly sunny day, outside of a few blustery showers will develop in the northwest. Cool with highs of 7 to 10°C, in moderate to fresh westerly winds.

NATIONAL OUTLOOK
Outlook: Cool and largely dry up to and including Monday, with some frosty nights. But uncertainty thereafter, with a risk of some wet and windy weather pushing up from the south.

Saturday night: Cold overnight. Breezy for a time over Ulster with some showers, but these dying out gradually, with the fresh northwest winds easing. A dry clear night elsewhere. Lowest temperatures -1 to plus 3 C., with frost forming quite widely, coldest of all over the southern half of the country, with a risk of a few icy patches.

Sunday: Mostly dry bright and sunny, with just the odd light shower on the north coast. Top temperatures 9 to 11C., in light to moderate north to northwest breezes.
Cold and frosty overnight, with lows of -2 to plus 2 C. Some icy patches possible. Light northeast breezes will freshen in southern coastal counties later in the night.

Monday: Early frost clearing to give a dry, bright, sunny morning. Further sunshine in the afternoon, but cloudy periods also. Top temperatures 9 to 11 C. in fresh and gusty east to northeasterly winds. Cold over the northern half of the country overnight with some frost in places, but less cold elsewhere with more in the way of cloud elsewhere.

Tuesday / Wednesday: A lot of uncertainty in the run into midweek. Some wet and windy weather is indicated, but there is a chance, that the drier, colder weather may hang on.