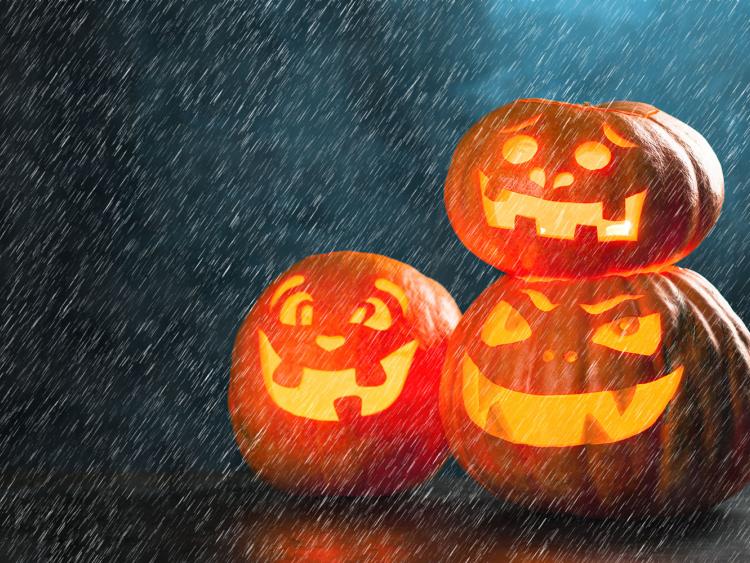 An early start to the Halloween trick or treat might be a good idea as Met Éireann's is forecasting widespread rain around Ireland for the big night.

The forecaster says Thursday, October 31 will stay mostly cloudy during daylight hours with occasional outbreaks of rain, some heavy.

However, Met Éireann is warning of a 'heavier spell of rain' will develop in the evening in the south and that will extend countrywide through the first part of Halloween night. However, the forecaster says it will remain mild with highest temperatures of 12 to 15 °C in moderate southeast winds veering southerly later.

The forecaster says there will be showers widespread rain across the country with drier spells at times later Thursday night. It will remain relatively mild with temperatures ranging between 8 and 12 °C. There will be light to moderate southeast to south winds will become light variable later. More below picture and tweet of what to expect over the next seven days. 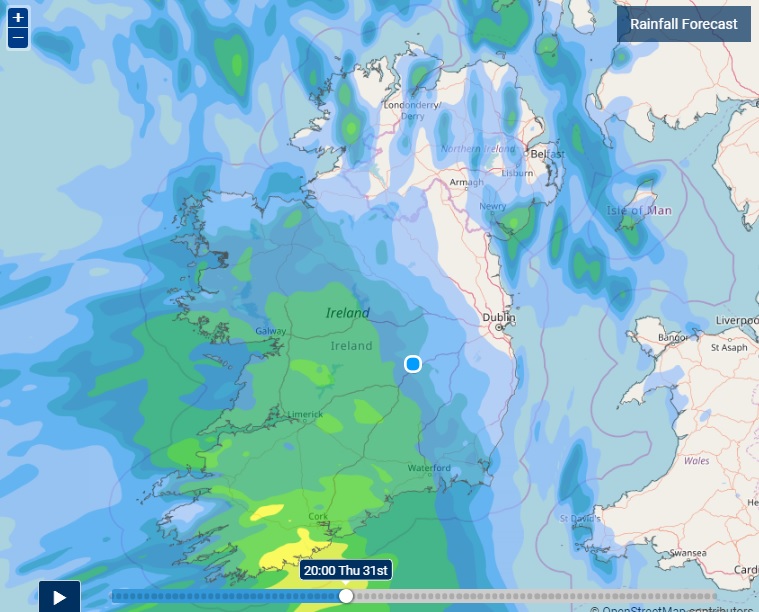 Met Éireann web forecast issued at 10.17am on October 30.

Friday will be cloudy with further showers or longer spells of rain. Winds will be light variable initially, becoming fresh westerly later. There is a signal for a spell of heavy rain moving eastwards later on Friday night. Temperatures during the day will be about normal for the time of year, but with higher than usual temperatures across the south of the country.

The unsettled showery weather continues through the weekend with a wet and potentially windy day on Saturday with further spells of rain or showers on Sunday. It is expected there will be drier interludes also and it'll turn cold at night as skies clear with the possibility of frost.

There is a higher than usual level of uncertainty associated with the track of weather systems this weekend due to extensive, deep areas of low pressure active in mid-Atlantic.

Normal temperatures for this time of year range between 9 and 12 °C.