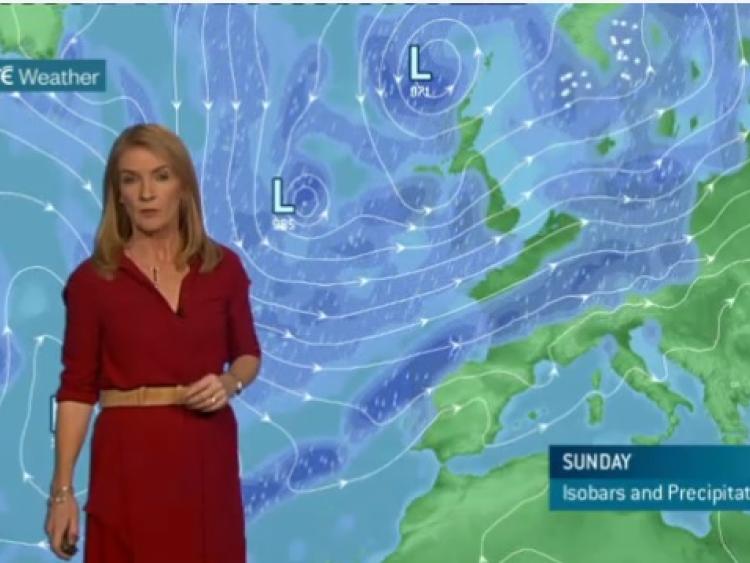 Met Éireann has issued yet another wind warning this week and has also forecast a 'raw' weekend with wintry showers including some snow.

Following the multiple wind warnings issued for Storm Atiyah, the forecaster expects the country to be hit by another wave of windy weather which will have the biggest impact on the west of Ireland.

The Status Yellow wind warning covers Donegal, Galway, Leitrim, Mayo, Sligo, Clare, Cork and Kerry. Met Éireann warns that west to northwest winds will reach mean speeds of 50 to 65 km/hr with gusts of 80 to 110 km/hr on Thursday night and into Friday morning.

It expects winds to be strongest along coasts and on hills and mountains.

The warning comes into force at 6pm on Thursday expiring at 9am on Friday, December 13.

A marine gale warning is also in place.

In its weather forecast, Met Éireann says rain in Leinster and east Ulster will clear on Thursday morning with sunny spells and showers following. It warns that some of the showers will be heavy with a risk of hail and thunder. It will be cold, with highest temperatures of 5 to 9 degrees. The forecaster says strengthening westerly winds, which will become strong and gusty in the west by early evening.

Thursday night will be cold and windy with clear spells and showers, mainly over the western half of the country. More persistent rain in Ulster and north Connacht with a continuing risk of hail and thunder. West to northwest winds will be very strong and gusty in the west with gales along the coast. Lowest temperatures of 1 to 5 degrees.

In its national weather outlook, Met Éireann says the weather will feel "raw" this weekend. Bright sunshine will be mixed with wintry falls in places too. Very frosty at times also, with some icy stretches.

In her weather forecast on RTÉ on Wednesday night, meteorologist Joanna Donnelly said sleet was possible with snow in places.

"We might see snow-covered mountains over the west and northwest but also down to lower levels. Sleet (is) more likely at the surface but certainly it is a cold few days coming our way and lots of precipitation coming through to," she said.  More below tweets.

A nationwide forecast and outlook covering the next week can be found here. https://t.co/9gKN6SVok4 pic.twitter.com/LP30Qyx6EB

The Met Éireann forecast issued at 9.05 on Thursday morning, December 12 is as follows.

Friday will be cold and blustery. It will be mostly cloudy in Ulster with further spells of rain, which will give way to showers in the afternoon. Brighter further south with sunny spells and some showers. Rain will develop in the southwest towards evening. Highest temperatures of 5 to 8 degrees with fresh, gusty westerly winds.

FRIDAY NIGHT: Clear spells and scattered blustery showers, some of which will turn wintry later, generally across Atlantic counties. Frost too, mainly for sheltered areas. Lows of 0 to 3 degrees, in brisk westerly breezes.

SATURDAY: Very cold with an added wind factor, owing to brisk westerly winds. Sunshine and well scattered wintry showers will turn increasingly wintry after-dark. Highs of only 3 to 6 degrees. Overnight lows of 0 to -3 degrees, with lighter winds, at least for a time.

SUNDAY: Some lying snow to begin, mainly across parts of the west and the north midlands. Frost and ice in parts too. Scattered wintry showers during the day, but winter sunshine at times too. Another very cold day, in westerly breezes, with highs of only 3 to 7 degrees. Breezy at times across the southern half of Ireland. Temperatures will widely fall back to minus 3 degrees after-dark.

MONDAY: Extremely frosty to begin with some icy stretches. Most areas will stay dry and bright for the day with light easterly breezes. However, it will be another very cold day with well below normal temperatures.