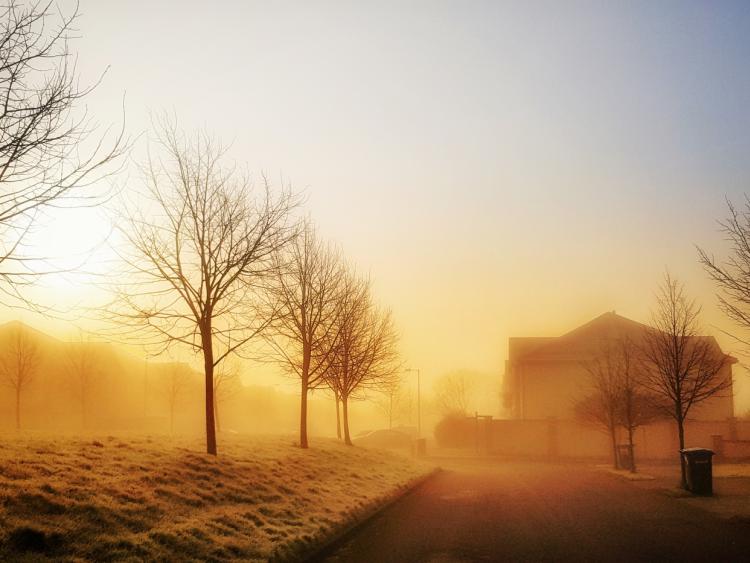 Met Éireann has extended its Status Yellow snow and ice weather warning for all of Ireland.

The forecaster updated the alert on Sunday morning as it expects the weather to stay very cold up to Tuesday.

The warning says there will be scattered wintry showers of hail, sleet and snow with some accumulations, especially on higher ground, and icy stretches on roads and footpaths.

The extended warning is valid from 9 am on Sunday to 10 am on Monday, December 16.

Met Éireann's national outlook is for the cold conditions continue through to midweek when there'll be a "slight temporary reprieve". More weather forecast details below tweets.

Update Status Yellow - Snow/Ice Warning for Ireland.
Valid from 9am Sun. to 10am Mon.https://t.co/ozrQHtoOkt pic.twitter.com/waOg7N0IsC

A cold & frosty start for much of the country with icy patches and lying snow in some areas. Dry and clear in many areas at first today, but showers in the south and west will become more widespread through the afternoon, with some turning wintry. Highest temps of 3 to 6 degrees pic.twitter.com/qbNNIQ8UiJ

A nationwide forecast and outlook covering the next week can be found here. https://t.co/9gKN6SVok4 pic.twitter.com/VT9XEhWcJP

Met Éireann national forecast issued on its website at 9.45am on Sunday, December 15.

TODAY - SUNDAY 15TH DECEMBER
A cold and frosty start for much of the country with icy patches and lying snow in some areas. Dry and clear in many areas at first today, but showers in the south and west will become more widespread through the afternoon with some of the showers turning wintry. Highest temperatures ranging from 2 or 3 degrees in the north to 6 or 7 degrees in the south, temperatures will be lower in any areas with lying snow. Winds will stay light in most areas but it will become windy in the southwest with westerly gales possibly along the coast later.

TONIGHT
The showers will continue into tonight, turning wintry again, especially in the northern half of the country. Lowest temperatures will range between -3 and 0 degrees with a sharp to severe frost and ice on untreated surfaces. Winds will be light in the north and strong in the south, becoming moderate to fresh westerly everywhere as the night goes on.

TOMORROW - MONDAY 16TH DECEMBER
Tomorrow, Monday, will start cold and frosty across the country with icy stretches. Further showers will affect the northwest and coastal areas of the west, carrying further east for a time in the afternoon, otherwise there will be a good deal of sunshine. Afternoon highs of 3 and 5 degrees and winds will be fresh to strong southwesterly in the north, light variable in the south.

Monday night a mainly light westerly wind will keep showers confined to western and northwestern coasts with clear weather elsewhere allowing temperatures to get as low as minus 3 degrees once again.

Tuesday will be a mainly dry day with light west to southwest winds and temperatures of between 3 and 5 degrees by day, as low as minus 3 degrees at night.

On Wednesday a freshening southeast wind will bring rain in to the southwest by lunchtime, becoming widespread and heavy quickly through the day. There'll be a rise in temperatures to between 7 and 9 degrees and the night will be frost-free.

Thursday currently looks like being another wet day with widespread frequent heavy showers merging at times to give longer spells of rain.

The outlook to next weekend is for continued unsettled conditions although at this point Friday looks like being mainly dry.