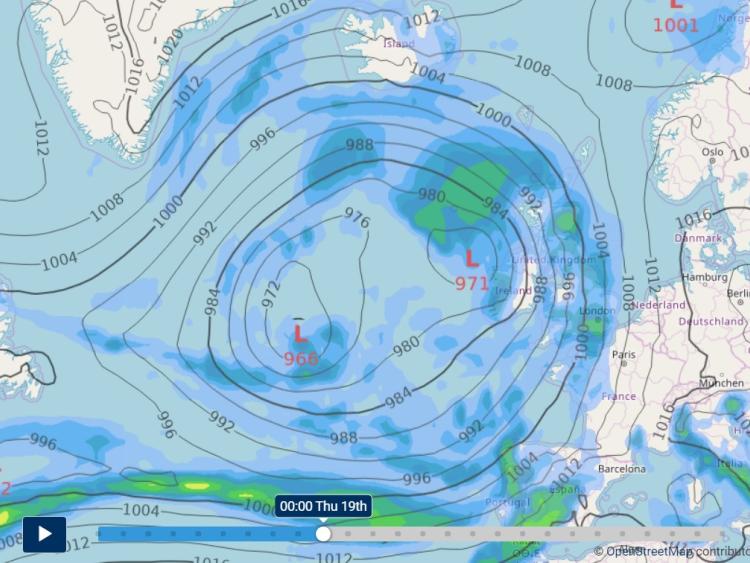 Met Éireann is expecting unsettled weather featuring heavy rain to end the cold snap that has brought some snow to Ireland.

However, more sub-zero temperatures are on the cards before the change takes place. When the weather does change, the forecaster is expecting wet and blustery weather to last through to the weekend. It hasn't get given an official prediction for Christmas.

In its latest forecast issued at 5pm on Monday, December 16, Met Éireann says Monday night would be mainly dry but cold with a widespread frost. Icy patches and some freezing fog patches are possible. Lowest temperatures of 0 to minus 3 degrees as winds fall light.

Tuesday will be a mainly dry day with sunny spells and temperatures of between 3 and 7 degrees at best, with light winds. The forecaster says the odd shower may still affect some Atlantic coastal parts, and fog may linger well into the day in places, especially in parts of Connacht and the midlands.

The change will be felt On Wednesday when rain and freshening southeast winds will spread up over the country reaching most places by mid-afternoon.

Western counties should turn drier again later in the day but heavier pulses of rain are likely over eastern parts during the evening. Temperatures to between 7 and 9 degrees.

Wednesday night looks to be a wet night for most places with extensive hill fog and lowest temperatures of 5 or 6 degrees, with brighter drier conditions following for Thursday in light southeasterly breezes and temperatures of 8 to 10 degrees. It will turn cold on Thursday night with some ground frost.

Friday looks like being wet and blustery weather looks set to affect eastern parts for a time but it should hold mainly dry elsewhere, apart from a few showers.

The outlook for next weekend is for continued unsettled conditions.

A nationwide forecast and outlook covering the next week can be found here. https://t.co/9gKN6SVok4 pic.twitter.com/sxYWGQ7IRH