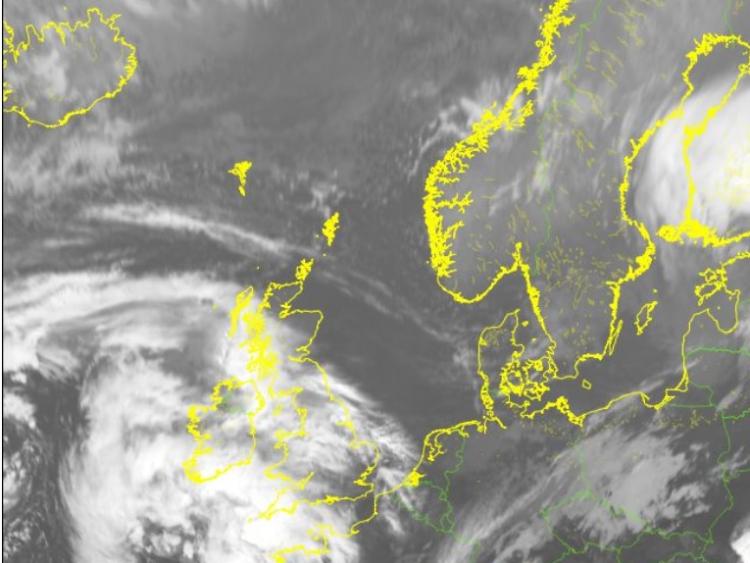 Met Éireann has extended its weather warnings for stormy wet weather into Thursday with commuters likely to face a storm journey home from work.

A national Status Yellow wind warning has been updated by the forecaster and is now in place until Thursday.

The update says southeast winds, later veering southerly will gust 90-110km/h on Wednesday. It says winds will peak this evening and tonight. Stronger winds are possible in west and southwest coastal areas.

A Status Yellow rainfall warning remains in place for Carlow, Kilkenny, Wexford, Wicklow, Cork, Kerry, Tipperary and Waterford
it says heavy rain will push northeastwards on Wednesday with rainfall accumulations of 30-40mm expected with the risk of localised flooding. It is valid until 7 pm on Wednesday.

Met Éireann upgraded to Status Orange a gale warning for all coasts of Ireland and on the Irish sea. It says south to southwest winds will reach storm force this evening and tonight on coasts. MORE FORECAST DETAILS BELOW TWEETS.

Wet and windy today. Rain will be heaviest across southern and eastern counties with localised flooding. Highest temperatures of 9 to 11 degrees, with southeast winds increasing strong and gusty pic.twitter.com/txfd0kIr5a

Our Atlantic chart shows precipitation and pressure forecast in 6 hour intervals for the next 7 days. https://t.co/9Giuj4CR5m
The national forecast and the national outlook for the coming days is available here.https://t.co/9gKN6SVok4 pic.twitter.com/S1QLPpwVGX

NATIONAL FORECAST issued by Met Éireann at 9.04 am on December 18.

TODAY - WEDNESDAY 18TH DECEMBER
Wet and windy today. Rain will affect all areas and continue for much of the day. It will be heaviest across southern and eastern counties with localised flooding. Highest temperatures of 9 to 11 degrees, rising throughout the day, with southeast winds increasing strong and gusty.

TONIGHT
This evening and early tonight will continue wet and very windy with strong, gusty southeast winds. It will become potentially stormy near western coasts for a time with strong southwest winds and severe gusts. Winds gradually easing overnight with rain clearing northwards. Lowest temperatures of 4 to 8 degrees.

TOMORROW - THURSDAY 19TH DECEMBER
Thursday will see outbreaks of rain with the best of any bright spells in the west of the country. Further east, the rain may turn heavy during the afternoon and evening. Highest temperatures of 7 to 10 degrees with mostly moderate south to southeast breezes.

NATIONAL OUTLOOK
Outlook: Continuing changeable with rain or showers at times but good dry periods too.

Early on Thursday night, rain will affect the eastern half of the country. This rain will clear northwards and the rest of the night will be largely dry and cold with clear spells and ground frost in places and with fog developing in many areas. Lowest temperatures of 0 to 4 degrees.

On Friday, any frost and fog will gradually clear with bright or sunny spells developing. Many areas will be dry. However, showery rain may develop in eastern coastal counties for a time and later in the day, showers will develop near south and west coasts. It will be cold with highest temperatures of 4 to 8 degrees with light breezes. On Friday night, fog and ground frost will develop in many areas. Lowest temperatures of 0 to 4 degrees.

Saturday will be cold and mainly dry. Fog will linger in some areas for much of the day. But bright or sunny spells will develop also. There is a risk of rain developing for a time in the south later in the day. Highest temperatures of 5 to 8 degrees with light southerly breezes. On Saturday night, frost and fog will develop.

Sunday will continue cold and mainly dry with bright or sunny spells developing. Scattered showers may develop near south and west coasts. Highest temperatures of 5 to 8 degrees with mostly light southwest breezes.

The weather will be changeable in the days leading up to Christmas.