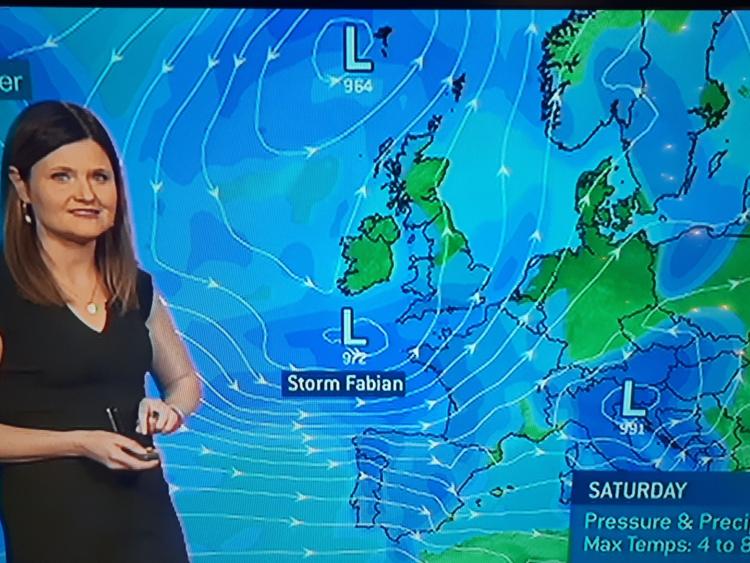 Michelle Dillon presents the forecast for Met Éireann on RTÉ.

Met Éireann says Ireland should escape Atlantic Storm Fabian but dense fog is on the weather menu for the weeken.

However, she expects  Ireland to escape any impact. Instead, fog will be the feature of the weekend weatherwise.

Ms Dillon said the fog would become dense and widespread on Friday night continuing on from Thursday. There will also be a risk of frost. A Status Yellow weather warning was issued on Saturday for the fog.

While Saturday would be a mostly dry day, the meteorologist said there would be plenty of fog around.

"That will only slowly lift especially in the southern half but further into the centre of the country and further north the fog will tend to linger for much if not all of the day," she said.

Westerly winds will clear the fog on Sunday but will also drag rain to parts of the country on Sunday.

She expected Christmas eve to be dry but cold and frosty. More details 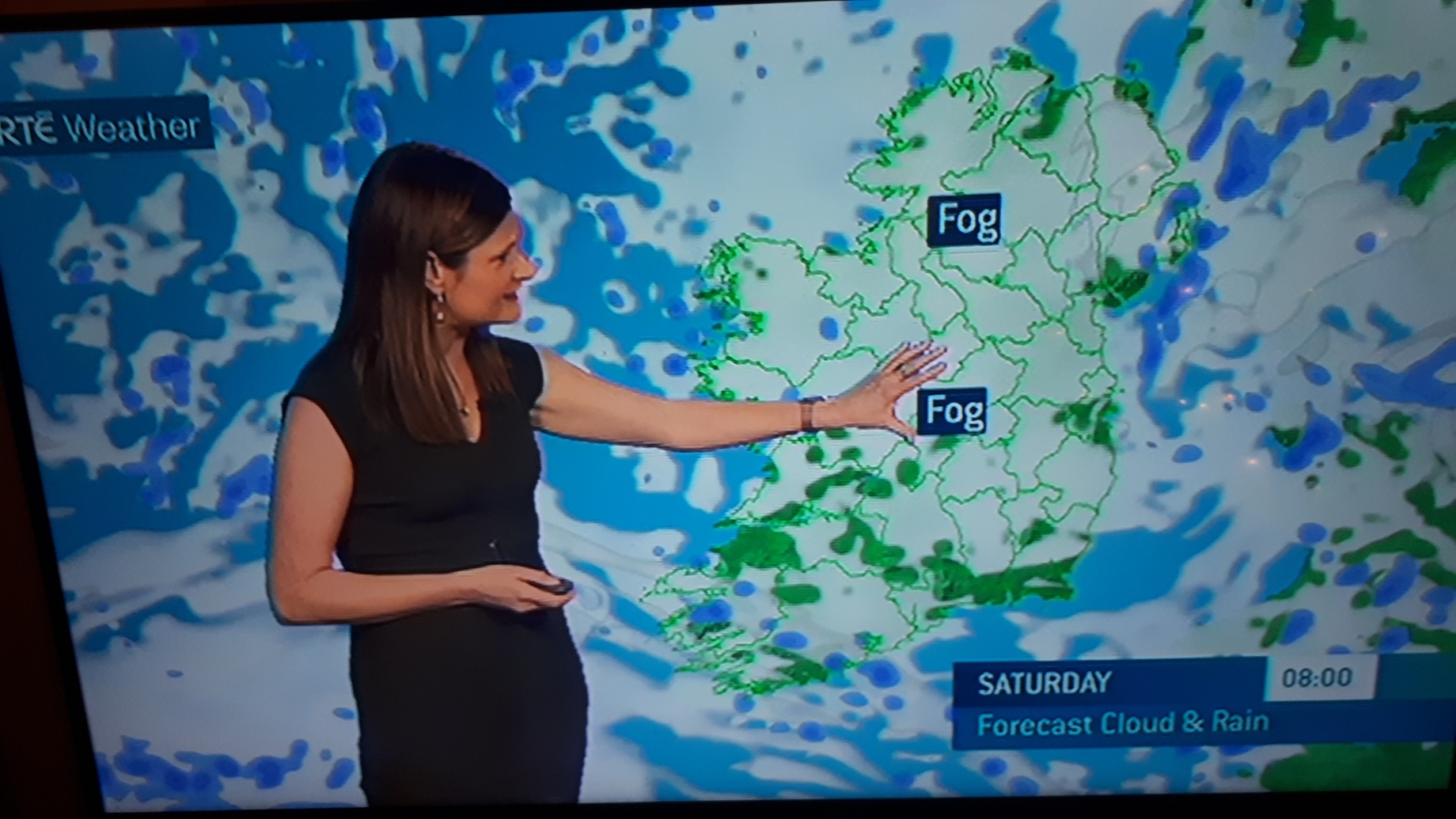 Mainly dry tonight for much of the country. Mist and fog will be widespread, especially in the north of the country and the fog will be dense in places, leading to hazardous driving conditions. Showers in the south and southeast will continue for a time tonight. The showers will clear later in the night and temperatures will drop back to freezing, giving some frost and a risk of ice on roads. Lowest temperatures of 0 to 3 degrees, in near calm conditions.

TOMORROW - SATURDAY 21ST DECEMBER
Tomorrow will be a largely dry with some sunny spells and isolated showers. Winds will be light allowing fog to linger in places. Showers may become more frequent along southern coasts later in the day. Highest temperatures of 5 to 8 degrees.

NATIONAL OUTLOOK
Some showers on Saturday night in the west and north overnight but generally dry elsewhere and with some frost. Minimum temperatures of 0 to 4 degrees.

Monday is looking mainly dry with sunny spells and just a few showers. Highest temperatures of 7 to 9 degrees in moderate westerly breezes. Showers will become isolated overnight with good clear spells developing. Minimum temperatures of -1 to +3 degrees with a patchy frost.

Current trends suggest high pressure will build towards Ireland for Christmas Eve and Christmas Day with an increased likelihood of dry, chilly and settled weather.