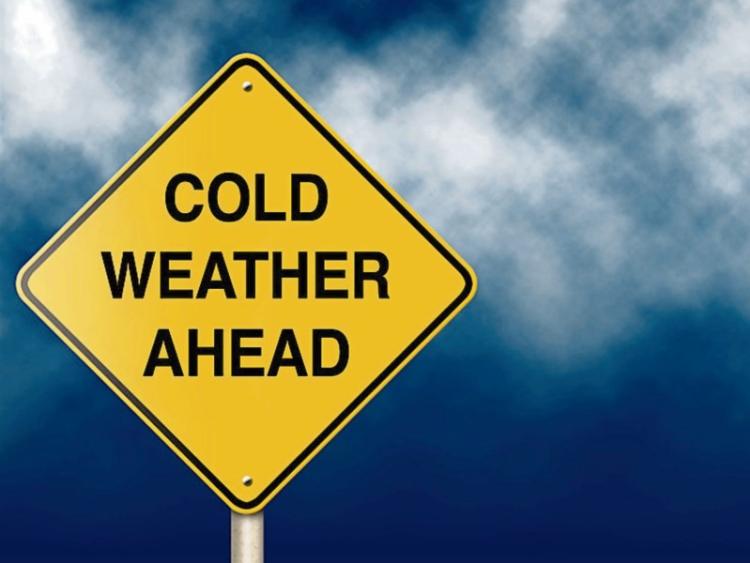 Met Éireann has issued a Status Yellow low temperature and ice warning ahead of a weekend which should otherwise feature dry and sunny if cold weather.

All counties in Connacht and Leinster have been issued with the warning which warns of freezing temperatures on Friday night.

"Temperatures are expected to fall as low as minus 4 degrees tonight, with the coldest temperatures around dawn, staying below freezing until mid-morning on Saturday," Met Éireann said.

The warning is valid from 6pm on Friday until 11am on Saturday morning.

Caution is advised on all roads with treacherous driving conditions expected. MORE FORECAST DETAILS BELOW TWEETS

Friday, January 17
There'll be sunshine for a time but it'll cloud over from the west with frequent showers moving eastwards on Friday. The showers will be mainly of rain with the risk of hail and isolated thunder, there'll also be sleet or snow in places though accumulations will be mostly over hills and mountains. Highest temperatures 4 to 7 degrees, in light to moderate westerly breezes, fresher along northern coasts.

It will be cold and clear tonight with a widespread sharp to severe frost and icy surfaces. Lowest temperatures minus 3 or minus 4 degrees. Winds will be light variable or calm with fog expected to form, mainly in the midlands.

Frost and fog will clear on Saturday to give a dry, calm and mostly sunny day. A very cold start, temperatures will remain below freezing until mid morning and then staying cold through the day with afternoon temperatures of 3 to 7 degrees with light variable breezes.

Saturday night will be very cold and frosty once again with minimum temperatures widely falling back to -3 or -4 degrees. Some fog setting in too, mainly across the midlands.

A sharp to severe frost to start Sunday, but overall dry and sunny with just light breezes. Highs of 4 to 9 degrees, coldest across Ulster and north Leinster.

Frost clearing on Monday to give a mostly dry day with a mix of cloud and sunny spells, brightest across the midlands and southeast. Less cold, with highs of 7 to 10 degrees, in light to moderate southwest breezes.