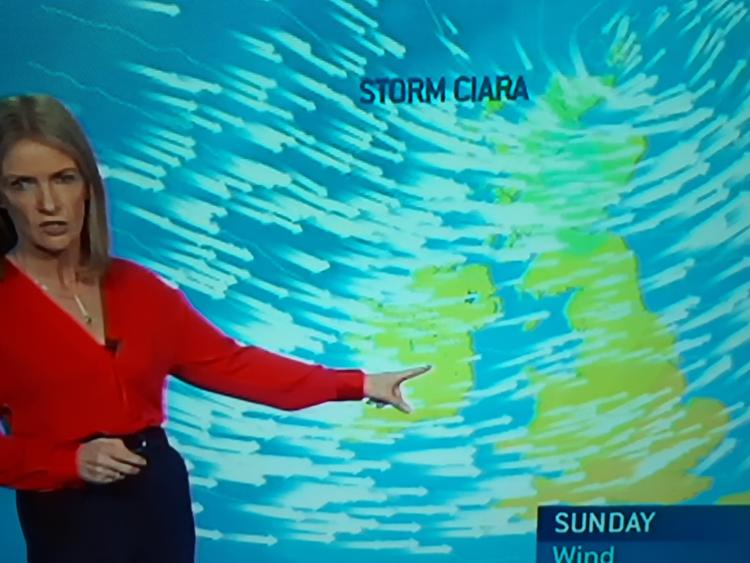 Met Éireann has warned the public about the impact of Storm Ciara right across Ireland including inland areas and also raised the alert for blizzard conditions in bitterly cold weather in the early days of next week.

In her forecast after the RTÉ, on the Saturday evening news Met Éireann meteorologist Joanna Donnelly delivered the latest on what to expect from the Status Orange storm.

She said the Orange wind warning from 5am on Sunday to midday applied to the 'really strong winds'  in Storm Ciara but she said the highly inclement weather would continue through the weekend and into the early days of next week.

"We can see the timing very strong core winds between 5am and midday. Note, they carry right across the country. So this Orange level warning is in operation for the whole of the country so we will see some strong gusts temporarily at times right across the midlands. So, it is really a day to take care if you are out and about tomorrow," she said. More about the snow below picture. 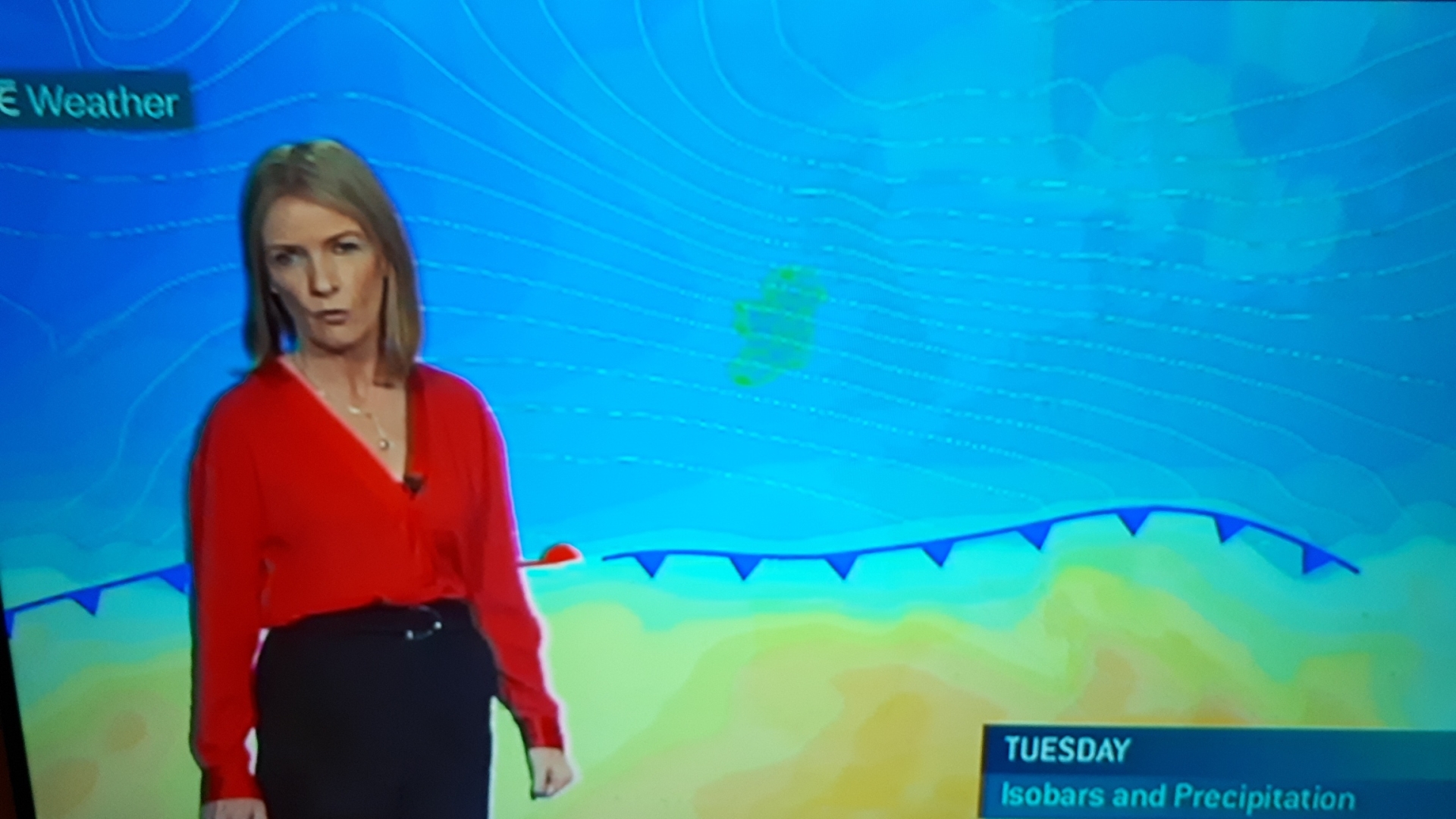 The forecaster also highlighted the heavy rain on Saturday night with more rain on Sunday. The bad weather will not ease up after the storm passes. In fact Ms Donnelly said it will stay windy and it is going to get significantly colder on Sunday, Monday and Tuesday.

She said the weather is being driven by jet stream which is flowing 'dead on across Ireland'. Ms Donnelly said this would mean dramatic changes in the temperatures later on Sunday with snow sleet and hail on the way.

"We are really inside the cold weather for later on Sunday and through Monday and Tuesday so showers of a wintry nature, snow, sleet and hail and driving snow likely meaning blizzard conditions likely in those strong winds," she said.

More weather warnings are likely to be issued after Storm Ciara passes.

Met Éireann national forecast issued on its website at 5.03pm on Saturday, February 8.

Warnings for high winds and very heavy rain have been issued for the weekend, with a red marine warning in operation for northwest coastal areas. Widespread rain continuing this evening with localised flooding in parts of the west and north. Clearing from the west for a time towards midnight. Strong to gale force southwesterly winds with severe gusts near coasts this evening. Easing in the north later.

TOMORROW - SUNDAY 9TH FEBRUARY
Extremely windy and wet on Sunday morning as Storm Ciara tracks to the northwest of Ireland with an elevated risk of coastal flooding. Severe and damaging gusts are likely, with strong to gale force west to southwest winds, with strong gales along coasts and storm force winds along west and northwest coasts. Very wet to begin with thundery downpours leading to localised flooding. It will brighten up in the afternoon with some sunny spells but widespread blustery showers will follow too with hail and thunder possible. Winds will begin to decrease somewhat after midday, however it will remain windy throughout tomorrow. Highest afternoon temperatures will range 9 to 11 degrees.

NATIONAL OUTLOOK
SUNDAY NIGHT: Blustery with fresh to strong westerly winds, steering in a scattering of showers, some of which will be wintry with the risk of thunder. Cold with frost and ice, mainly in sheltered spots, with the possibility of some snow lying possible by morning. Overnight lows of 1 to 3 degrees.

MONDAY and TUESDAY: Very cold and windy days with a significant wind chill factor. Very showery too, wintry at times, with hail, sleet and snow. Westerly winds will be fresh to strong and gusty, with gales in western and northern coastal areas. Highs of only 3 and 7 degrees. Some frost and ice developing too, with overnight lows of -1 to 2 degrees.

WEDNESDAY: Another cold day but with lighter winds, at least for daylight hours. A frosty start with local falls of snow, mainly in the northwest. Overall dry with sunshine for the morning and afternoon, before a band of heavy rain spreads from the west later in the afternoon and evening, possibly falling as sleet for a time. Becoming windy again then too in strengthening southwest winds. Highest temperatures of 4 to 8 degrees. Clear spells and showers following overnight, with frost and ice as winds ease down. Lows of -2 to + 2 degrees.

FURTHER OUTLOOK: Continuing very disturbed with active weather continuing to feed in from the Atlantic.