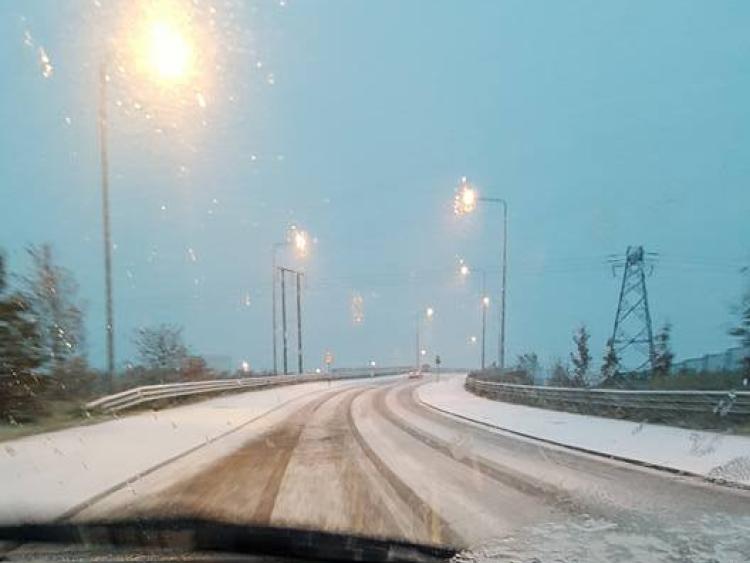 Met Eireann is warning of snow and ice for Ireland on Monday and Tuesday and has issued a Status Yellow Snow/Ice Warning this Sunday evening.

There will be widespread wintry showers on Monday and Tuesday with some snowfall accumulations, especially in the west and north. Some disruption to travel is possible, particularly over higher routes.

The Status Yellow Warning is in place for 48 hours from Midnight this Sunday night until Midnight on Tuesday.

There is also a Status Yellow Wind warning in place nationally tonight.

Met Eireann say that Storm Ciara will continue to produce very strong west to southwest winds over Ireland with mean speeds of 50-65km/h and gusts generally of between 90 and 110km/h, higher in Atlantic coastal areas. A combination of Spring Tides and high seas will result in a significant risk of coastal flooding.

That warning came into effect at 5pm on Sunday February 9 lasting until 8pm on Monday.

The forecast for Leinster from Met Eireann is as follows:

TONIGHT
Cold and windy tonight with strong and gusty westerly winds. Widespread showers turning increasingly wintry overnight with a risk of thunder and localised flooding. Lowest overnight temperatures of 2 or 3 degrees with a risk of frost developing in sheltered locations and lying snow in some areas by dawn.

TOMORROW - MONDAY 10TH FEBRUARY
Tomorrow will be very cold and windy with strong and gusty westerly winds and gales along coasts. There will be a mix of sunny spells and widespread wintry showers with a continued risk of thunder and localised flooding. Highest afternoon temperatures of just 4 or 5 degrees, but feeling colder due to wind chill factor.