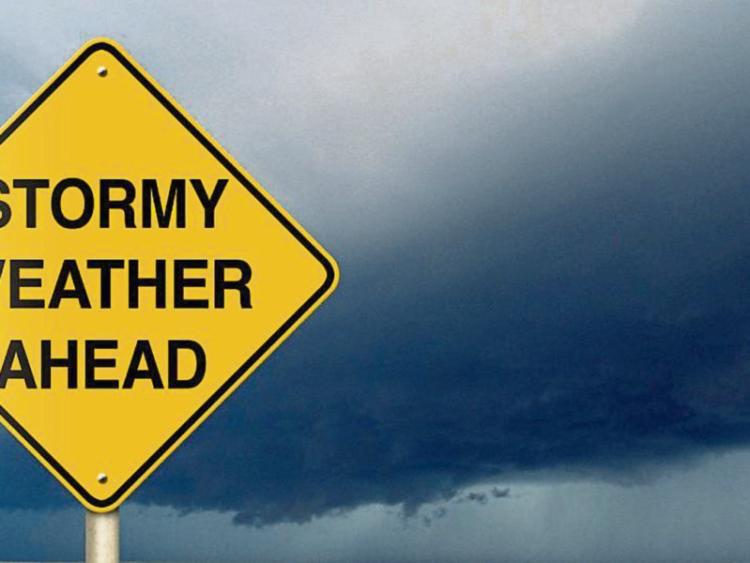 Met Éireann has updated weather warnings for snow, ice and wind as the volatile wintry conditions continue to roll in from the Atlantic across Ireland.

The forecaster has put several counties on alert for snow and ice or wind through Wednesday night into Thursday morning.

The Status Yellow - wind warning for Wexford, Wicklow, Cork, Kerry and Waterford forecasts south to southeast winds to reach 50 to 60 km/hr gusts 90 to 100 km/hr, mainly in coastal areas and on high ground.

A Status Yellow snow/ ice warning applies to Connacht, Cavan, Monaghan, Donegal, Dublin, Louth and Wicklow. Met Éireann says it will be icy in parts tonight with wintry outbreaks. Some snow accumulations possible before morning, mainly across the north and on higher ground elsewhere.

This warning is valid from 8pm on Wednesday to 10am on Thursday.

A second Status Yellow wind warning for Dublin and Louth forecasts south to southeast winds to reach 50 to 60 km/hr gusts 90 to 100 km/hr, mainly in coastal areas and on high ground.

it is valid from 11am on Wednesday to 3am on Thursday.

Our Atlantic chart shows precipitation and pressure forecast in 6 hour intervals for the next 7 days.https://t.co/9Giuj4CR5m
The national forecast and the national outlook for the coming days can be found here.https://t.co/9gKN6SVok4 pic.twitter.com/Mi9ayqXON4

Wednesday night
A touch of frost for a time this evening over Ulster, but wet and windy weather will extend countrywide this evening and early tonight, with some hill snow in the North. Some spot flooding is likely with the risk of thunder. A clearance to showers will follow from the South overnight as the wet weather becomes confined to Ulster. Lowest temperatures of -1 to + 4 degrees, strong winds easing inland later.

Thursday: Rain, sleet and hill snow in the Northeast clearing during the morning. Scattered rain showers and sunny spells elsewhere, but overall a lot of dry weather, in fresh northwest breezes, easing late. r Highest temperatures will range from a rather chilly 4 to 6 degrees in Ulster to 9 or 10 degrees in the south. Frost will form quickly after dark, especially across Ulster.

Thursday night will start dry and chilly, with clear spells over Ulster allowing a widespread frost to form here. Temperatures in all areas will rise during the night however, as cloud quickly increases and rain reaches the west coast later in the night. Minimums early in the night of zero to minus 3 degrees over Ulster, with lows of zero to plus 3 degrees elsewhere. Light to moderate variable winds early in the night becoming southerly and quickly strengthening fresh to strong, with gales om western coasts.

Friday: Rain quickly spreads eastwards to all areas during Friday morning, with a clearance from the west to sunny spells and scattered showers during the late morning and early afternoon. Mostly dry for the afternoon with variable cloud and the odd shower in the west. A little milder than of late with highs of 9 to 11 degrees. Strong southerly winds veering southwesterly as the rain clears with gales on west and northwest coasts. Winds moderating later.
Starting mostly dry on Friday night but rain arrives from the west spreading to all areas by morning. Strong southerly winds with gales on coasts. Lows of 4 to 7 degrees. No frost.

Saturday: A very wet and very windy start to Saturday in association with Storm Dennis. Rain in all areas during the morning, heaviest in the west, clearing to blustery showers during the afternoon. Strong and gusty southerly winds veering southwesterly with gales on coasts. Another band of heavy rain crosses the country on Saturday night with southwesterly winds remaining strong to gale force. Lows of 2 to 5 degrees.

Sunday: A wet and windy start to Sunday, with rain giving way to blustery, heavy showers during the afternoon. Showers will turn wintry over high ground. Very windy again on Sunday, strongest in the west with southwesterly gales or strong gales on coasts.