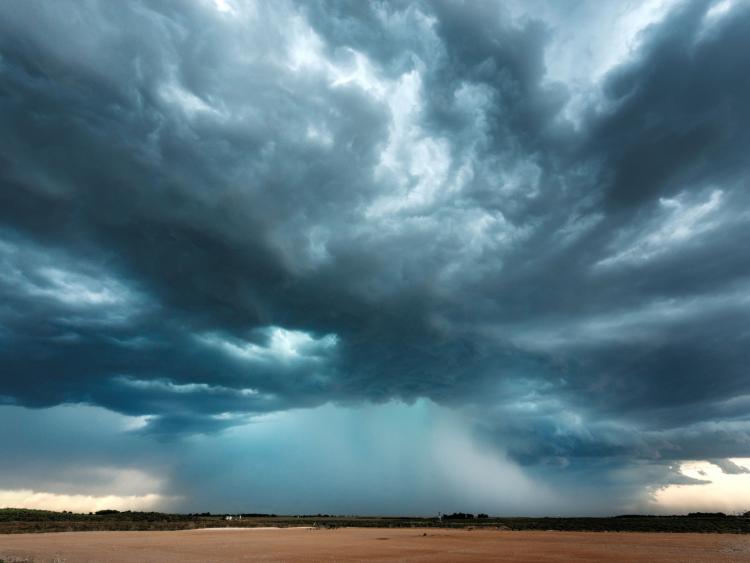 Met Éireann has issued a thunder and lightning weather warning and also forecast a big drop in temperatures and frost.

The forecaster warns that clusters of slow moving thunderstorms could impact all of Munster on Saturday afternoon and evening. It will be accompanied by locally heavy downpours of rain.

The warning is valid from 2pm to 10pm on Saturday, May 9.

Meanwhile, Saturday will mark an end to the hot spell which saw temperatures hit the 20s on Saturday.

Met Éireann says Sunday will be a much cooler day with brisk northeast winds. Starting out cloudy with some further patchy outbreaks of rain, but overall the day will bring a lot of dry weather with sunny spells extending from the north.

Highest temperatures will rise no higher than 8 to 12 degrees Celsius in the north and east and 12 to 16 degrees Celsius elsewhere. Fresh and gusty northeast winds are forecast. They will be stronger along coasts.

Heading into next week the outlook is for mostly dry and settled weather thought it will be cool at first, but temperatures improving later in the week. MORE BELOW TWEET.

Our 7 day Atlantic Charts show the precipitation and pressure forecast in 6 hour intervals:https://t.co/9Giuj4CR5m

A nationwide forecast and outlook covering the next week can be found here:https://t.co/9gKN6SVok4 pic.twitter.com/FkwkXb5zWX

Sunday night will be cold, dry and clear, with a touch of grass frost possible in places as temperatures fall to between 1 and 4 degrees. Breezy at first with fresh to strong and gusty northeasterly winds, but these will ease as the night goes on.

Monday is expected to be dry and cool with sunshine in most parts, although it will be somewhat cloudier in the northwest. Highest temperatures will range between 8 and 11 degrees, coolest in the north and east due to a moderate north to northeast breeze.

Monday night will be cloudy across the northern half of the country, with some showers possible in the northwest. Lowest temperatures here will range between 3 and 5 degrees. Further south it will be dry and clear, so temperatures will fall to between -1 and +2 and there will be a risk of grass frost in places.

Tuesday will be mostly dry apart from some showers in the northwest during the morning, but it will be rather cloudy and cool. Highest temperatures of 10 to 12 degrees with light north to northeast breezes.

Tuesday night will be dry with clear spells. It will be cold with minimum temperatures of 1 to 4 degrees and light northeast to east breezes.

The weather from Wednesday to Friday is expected to remain dry with sunny spells. It will continue quite cool on Wednesday with highs of 11 to 13 degrees, but it will be milder in most places on Thursday and Friday with highs of 15 to 17 degrees, although an easterly breeze will keep temperatures a few degrees lower towards the east coast. The nights will be dry with clear spells and lowest temperatures of 3 to 7 degrees.