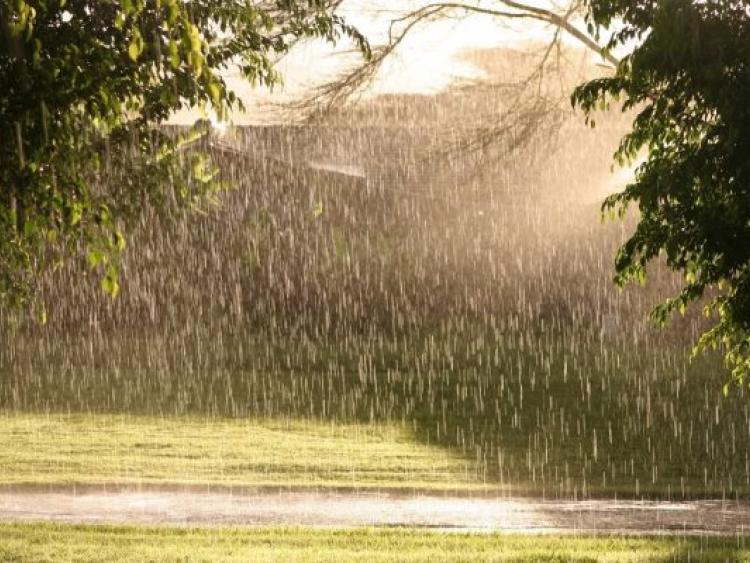 Met Éireann outlines what to expect

While some rain has fallen and more is expected, the forecaster says some parts of the country will receive less than a quarter of what should fall after one of the driest months of May on record.

Met Éirean outlined what the recent days delivered on the rain front and what is the forecast for the coming days in its farming forecast issued on Sunday, June 7.

"Monday and much of Tuesday look to remain mostly dry. However, rain is expected to arrive Tuesday evening and remain unsettled through the rest of the week bring some further rainfall especially to the east and southeast where above average rainfall is forecast. However, the rest of the country is forecast to receive just between 22% in the southwest to 60% of average rainfall in the north," it said.

As for sunshine, the forecaster said the past week has seen average or above average sunshine for the week, with 105% in the west to 159% of normal sunshine in the south. However, it adds that more changeable weather is on the cards for the week ahead, with more cloud around at times.

"So sunshine totals are likely to be around or a little above average," it said.

So will it be warm?

"Temperatures for the week ahead look to remain close to normal, starting off cooler and warming as the week progresses, the exception maybe parts of the east that see a little more cloud about through midweek," it said.

A nationwide forecast and outlook covering the next week can be found here. https://t.co/9gKN6SVok4 pic.twitter.com/ZcauRRLUe0

Met Éireann forecast on its website issued at 5.04pm on Sunday, June 7.

NATIONAL OUTLOOK
Cool and changeable conditions through the week but turning milder towards the weekend.

MONDAY, JUNE 8
Monday will be bright and mainly dry with sunny spells. A few showers may develop in the northeast. Highest temperatures of 12 to 15 degrees in Connacht and Ulster and from 16 to 19 degrees in Munster and Leinster with a light northerly or variable breeze.

Dry and clear on Monday night with some patchy mist or fog around dawn in lows of 4 to 8 degrees Celsius.

Wednesday: Rather cloudy and cool on Wednesday with northwest to northerly breezes. Some patchy rain in places Wednesday morning but brightening up with some sunny breaks developing but there will be heavy possibly thundery showers also especially in northern and eastern counties later in the day. Afternoon highs of 13 to 17 degrees Celsius.

Thursday: Cool on Thursday also with northerly breezes and some further showers in eastern and southern areas but good dry bright periods also with some sunny spells in places. Slightly higher afternoon temperatures ranging from 15 to 18 degrees Celsius

There is some uncertainty, but latest indications suggest it will become milder during Friday and Saturday with mostly east to northeast breezes and afternoon highs in the high teens or possibly low twenties in parts of the northwest but cooler near eastern coasts. There will be some showery rain in eastern counties at times.