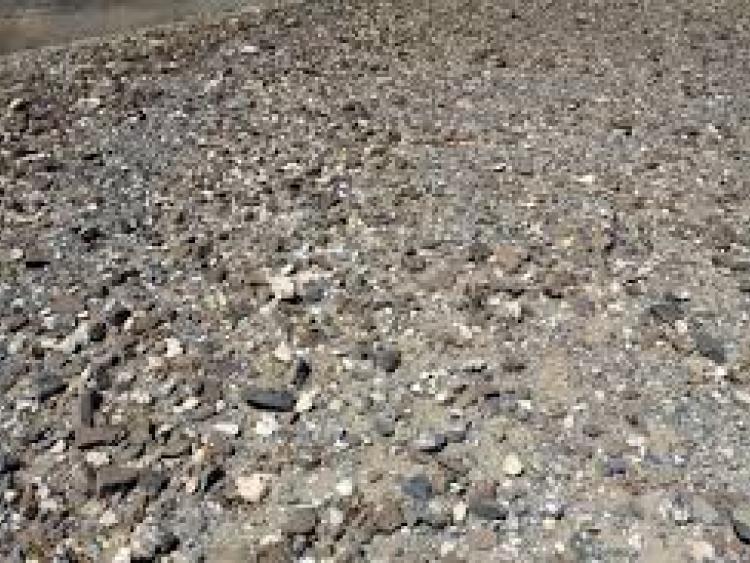 Water will find it hard to penetrate

Rainwater may hit a ground that is like a "desert pavement" in the coming days because the drought has made the ground so hard.

“There is rainfall in the forecast most days for the week ahead and this will provide some relief. There is the potential for some quite heavy localised falls, and this may help substantially, especially in the southeast from Wednesday, although the ground has limited ability to absorb moisture at the moment due to the hardening of the surface from drought, the 'desert pavement' effect," said its farm forecast.

The forecaster says rainfall amounts remain below what would be expected for this time of year.

"We have had several days with precipitation, but it was not heavy, persistent nor widespread enough to significantly relieve very dry soil. Generally rainfall averages were between 5% in the south (0.6mm at Roches Point) and 60% of the normal in the northwest (8.9mm at Malin Head and 13mm Knock Airport). Our weather will be unsettled through the rest of this week bringing some potentially heavy or thundery rainfall, especially to the east and south. Much of the country should see rainfall above average in the coming 7 seven days, with possibly 20 to 40mm in Leinster and Munster, and 15 to 25mm in Ulster and Connacht," it says.

The forecaster says a meandering low-pressure system will take charge over the coming days. More details below tweet.

A meandering low pressure system will play a large role in our weather over the coming days and into the weekend. See below our 7 day Atlantic Chart, showing the pressure and precipitation forecast in 6 hours intervals.https://t.co/9Giuj4CR5mhttps://t.co/9gKN6SVok4 pic.twitter.com/KWMlPrP9WR

Met Éireannn forecast issued at 9.33am on Wednesday, June 10.

NATIONAL OUTLOOK
Overview: Temperatures recovering into the high teens or low 20s by day by the weekend but our weather will remain mixed with showers or longer spells of rain interspersed with drier and sunnier interludes.

WEDNESDAY 10TH JUNE
Showers or longer spells of rain today with the risk of hail, as well as some thundery downpours. Overall cloudy and cool for early summer, with highest temperatures of 12 to 16 degrees, in moderate northwest winds.

Further showers or longer spells of rain tonight, especially across Leinster - some further thundery falls possible. However, it will become drier later in the west and north with clear spells developing. Lowest temperatures of 7 to 9 degrees Celsius. Becoming breezy later, as north to northeast winds freshen.

THURSDAY 11TH JUNE
Rather windy on Thursday, especially in the east and south, with fresh and gusty northeast winds. Cloud will vary though the day with some scattered blustery showers. However, they will be far fewer as compared to today, with mainly dry conditions in the west and north. Highest temperatures of 15 to 19 degrees Celsius, mildest over Connacht.

Thursday night: Mainly dry and clear for a time, but further bands of showery rain will feed in off the Irish Sea overnight. Northeasterly winds will continue fresh to strong and gusty near eastern and southern coasts, but winds will gradually moderate elsewhere. Lows of 8 to 11 degrees.

Friday: Still breezy on Friday with scattered showers. Often cloudy with the best of the bright or sunny spells in the northwest. A spell of heavier rain will move up from the southeast to affect parts of Leinster and Munster in the evening. Highs of 16 to 19 degrees in mostly moderate northeast winds, fresh and gusty near the southeast coast. Outbreaks of rain will continue to edge northwestwards over the country on Friday night, with clearer conditions following from the southeast overnight. Northeasterly winds easing and becoming light east to southeast overnight. A humid night, with lows of 10 to 13 degrees.

Saturday: Remaining rain in the west and north soon clearing in the morning to leave a mix of sunny spells and showers. Some of the showers will be heavy and possibly thundery. Light to moderate easterly breezes. Highs of 18 to 22 degrees.

Sunday: Another day of sunny spells and showers, with the potential for heavy and possibly thundery downpours with hail. Top temperatures 16 to 21 degrees in light to moderate easterly or variable breezes.

Early next week: Humid, with temperatures trending near or slightly above average into the early days of next week, but the rather mixed and changeable conditions look set to continue. Sunny spells will occur in most parts, but showers are likely too, thundery in places with some longer spells of rain.