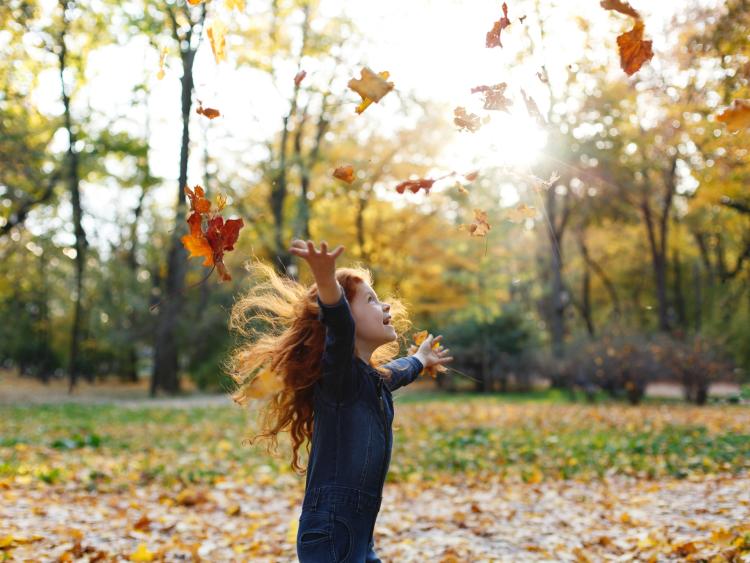 Might be a nice weekend for a walk through the leaves

The weather for the weekend looks to perfect for an Autumn walk in the outdoors but don't forget to wrap up as Met Éireann says it could be crisp and breezy at times.

The forecaster expects both days to be dry and bright but on the cool side. Saturday is expected to be the breezier day of the two. Sunday will be a similar day but rain will push into the southwest later in the afternoon.

Fortunately, a northerly airflow is expected to push wet weather from the Atlantic to the south of Ireland.

Met Éireann says it will be more changeable into the early days of next with more unsettled weather following as of midweek. More below tweet.

Hourly Cloud and Rainfall Forecast from our HARMONIE model until 1300hrs on Sunday.

For the National forecast and outlook please visit: https://t.co/9gKN6SVok4 pic.twitter.com/48TjHBWG9A

SATURDAY will be a dry day overall, bar a few light scattered showers in Ulster in the morning. It'll be a bright, crisp day with sunshine and a moderate northerly breeze. Maximum temperatures of 11 to 15 degrees, mildest in the southwest.

SATURDAY night will be dry, calm, cold and mostly clear with lowest temperatures ranging a chilly -2 to +2 degrees Celsius. Some frost will set in, along with mist and fog patches.

SUNDAY will be cold and crisp to begin with frost and any mist/fog clearing. Staying dry across most areas for daylight hours with spells of autumn sunshine and light southerly breezes. However, cloud will build across west and southwest counties into the afternoon with some rain moving into Atlantic counties in the late evening or early night. Highest temperatures will range 13 to 17 degrees Celsius, coolest across the north and east.

SUNDAY night features scattered outbreaks of rain and drizzle will move in across Ireland overnight. Some mist and fog in parts too, in mostly moderate southerly breezes. Lowest temperatures 5 to 12 degrees Celsius, coldest across the north and east. MORE BELOW TWEET

Our Atlantic chart shows precipitation and pressure forecast in 6 hour intervals for the next 7 days.https://t.co/9Giuj4CR5m

MONDAY: Damp or wet to begin with any lingering overnight rain soon clearing eastwards. Brightening up into the afternoon with sunny spells and just well scattered showers - mainly along west and northwest coasts. Highest temperatures will range a fairly seasonal 14 to 17 degrees Celsius, in mostly moderate westerly breezes. A mostly dry night is expected to follow; fairly chilly though with overnight lows of 3 to 9 degrees Celsius.

TUESDAY: Early indications suggest Tuesday will bring mostly dry weather for the morning and afternoon with sunny spells and isolated showers. However, southerly winds will freshen during the evening with wet and windy weather arriving into the western half of the country later in the evening. Highest temperatures 14 to 16 degrees Celsius. Wet and rather windy weather will extend countrywide overnight.