SNOW WARNING: Snow and ice warnings issued for parts of Ireland as temperatures set to plummet 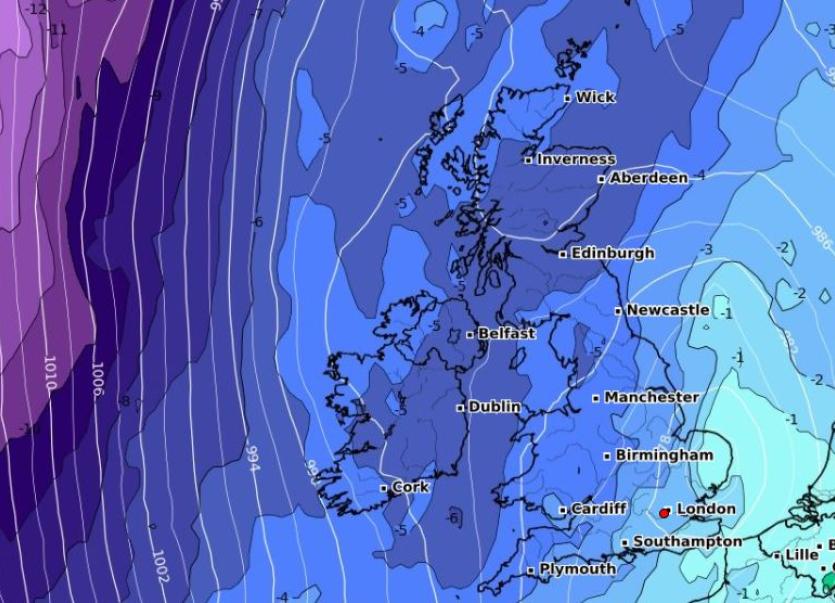 Snow and ice warnings have been issued for parts of Ireland as temperatures are set to plummet tonight.

Met Eireann has issued a Status Yellow Snow/Ice warning for Donegal. Heavy wintry showers of hail, sleet and snow are expected tonight (Wednesday) and Thursday with reduced visibility and accumulations likely in places. The warning is valid from 00:01 on Thursday 03/12/2020 to 23:59 on Thursday.

The UK Met Office has issued a Status Yellow Weather Warning for Antrim, Fermanagh, Tyrone and Derry. It is warning that icy patches forming overnight may cause some travel disruption.

In the forecast for tonight, Met Eireann states that widespread showers will persist tonight, merging to longer spells of rain over the southern half of the country. Some showers will be heavy and thundery with hail, and some turning to sleet or snow, especially on high ground in the northwest. Cold with lowest temperatures of 0 to 3 degrees in moderate southwest winds.

Thursday will be a very cold day with widespread heavy showers in the morning. Showers will gradually become confined to the western half of the country through the morning, with drier and brighter conditions developing elsewhere. There will be a risk of hail and isolated thunderstorms, with some showers falling as sleet or snow on high ground. Temperatures reaching just 2 to 4 degrees, but falling off quickly in the evening with a frost developing early, in a light to moderate westerly breeze.

Wintry showers will persist in western coastal areas on Thursday night. It will be drier elsewhere with clear spells and a sharp ground frost leading to some icy patches. Very cold with lowest temperatures of +1 to -4 degrees, coldest across Leinster and Munster.