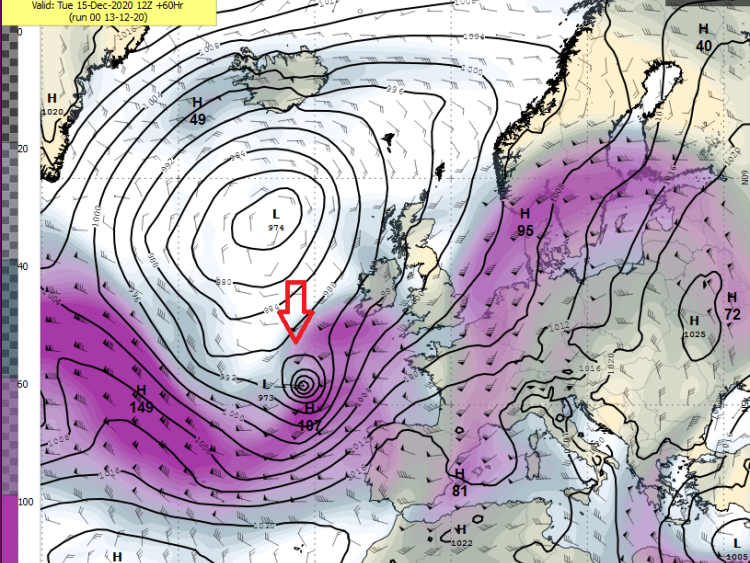 Laois and all of Leinster are included in Met Éireann Status Yellow and Orange weather warnings ahead of a stormy night of weather.

Status Yellow alert says it will be very windy on Tuesday night into Wednesday morning. It says strong and gusty southeast winds, veering southwest will gust up to 100km/h. Due to high seas and strong onshore winds, there is the elevated risk of coastal flooding.

The yellow warning is in place for all Leinster counties and Clare, Kerry, Limerick, Tipperary and Waterford.

"Very unsettled conditions are forecast for Ireland this Tuesday night into Wednesday morning, with heavy rain leading to a risk of flooding and the potential for very strong winds and damaging gusts.

"A band of heavy rain is forecast to move into the southwest on Tuesday evening, extending across the country during Tuesday night. The rain is expected to clear from most areas on Wednesday morning, although the west coast could see further heavy rain through the morning. While the rain will be heavy, its progression should be quite quick.

"However, due to soils being saturated or waterlogged there will be a risk of flooding Based on the latest forecast, 6-hour accumulations of 10 to 15mm are expected in parts of the southwest and west.

A nationwide forecast and outlook covering the next week can be found here. https://t.co/9gKN6SVok4 pic.twitter.com/rVc2EPgkYP

NATIONAL FORECAST
Issued by Met Éireann at 8.29am on Tuesday, December 15.

TUESDAY
Sunny spells and scattered showers today, showers will be frequent in the south and west with a risk of hail, and may merge into longer spells of rain at times. Cloud will increase from the southwest later today with rain arriving later in the evening as moderate to fresh southerly winds, back southeasterly and strengthen. Highest temperatures of 5 to 10 degrees, coldest in Ulster.

Becoming wet and windy overnight. Cloud will increase through the evening with a band of rain crossing the area early in the night bringing the risk of surface flooding. Southeast winds will increase strong to near gale force and gusty. Gale to strong gale force winds will develop on southern and eastern coasts, producing a risk of coastal flooding. Later in the night the rain will clear to scattered blustery showers, heaviest and most frequent in the west. Lowest temperatures of 3 to 7 degrees will occur early in the night.

WEDNESDAY
Wednesday will start wet and very windy. Strong and gusty southeasterly winds will veer south to southwest and gradually ease. It will remain mostly cloudy with scattered heavy showers merging to longer spells of rain at times. Highest temperatures of 7 to 11 degrees.

Clear spells will develop overnight however scattered showers will continue to affect mainly western and northwestern areas. Lowest temperatures of 2 to 5 degrees will occur towards dawn. Some mist and fog patches will develop in light to moderate south to southwest breezes.

Thursday: A mix of sunny spells with isolated showers in the morning, however, cloud will increase from the southwest with outbreaks of rain and drizzle extending from the Atlantic by afternoon. Afternoon highs of 7 to 11 degrees, but becoming milder through the evening in moderate to fresh, southerly winds.

Rain will clear the northeast early in the night. However, it will remain mostly cloudy with a further spell of heavy rain moving in from the west later in the night. Lowest temperatures of 8 to 11 degrees in light to moderate southerly winds.

Friday: A relatively mild and wet start to the day as rain crosses the country eastwards, clearing to showers and sunny spells in the afternoon. Highest afternoon temperatures of 9 to 12 degrees in moderate to fresh southerly winds.

Blustery showers heaviest and most frequent along Atlantic coasts in fresh to strong and gusty southerly winds on Friday night. Remaining drier in the east with long clear spells. Lowest temperatures of 5 to 7 degrees.

Saturday: Sunny spells and scattered showers, most frequent and heaviest in the west. Highest temperatures of 7 to 10 degrees in moderate south to southwest winds.