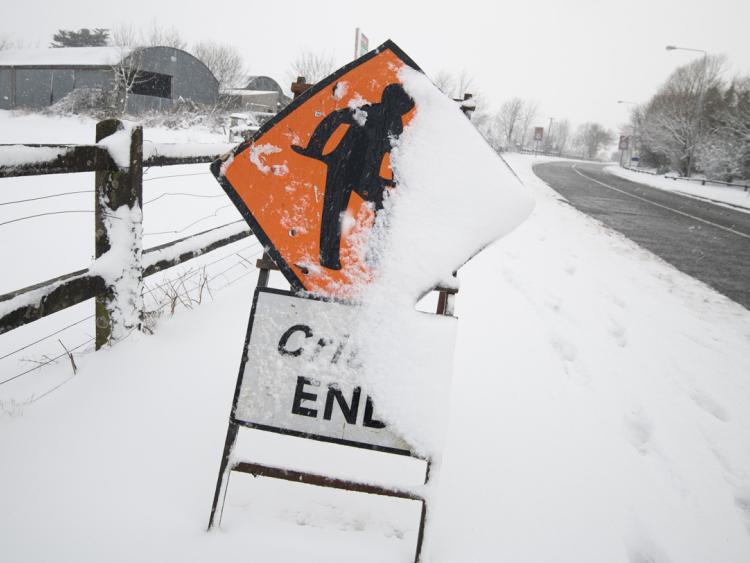 Met Éireann is warning of a Sudden Stratospheric Warming event in January, the same weather event that led to the infamous 'Beast from the East' in 2018.

Climatologist Paul Moore explained what is happening and what could result in a commentary on the conditions which have formed.

"The stratospheric polar vortex (SPV) is a rotating vortex of cold air high up in the stratosphere over polar regions. It forms every winter in the Northern Hemisphere and the strength of the Northern Hemisphere SPV has a significant influence on the Northern Hemisphere mid-latitude weather patterns. When the SPV is in a strong symmetrical state, it helps to maintain westerly momentum in the troposphere over polar regions and in the mid-latitudes, leading to our typical winter pattern of a strong west to east North Atlantic jetstream, bringing storms and weather fronts over Ireland from the west or southwest and keeping it mild and wet.

"When the SPV is in a weakened or non-symmetrical state, it can lead to the weakened jetstream behaving more like a meandering river with blocking high pressure forming in our region, bringing the possibility of colder, drier weather," said the climate expert.

Mr Moore points out that the conditions which caused the Beast from the East and Storm Emma exist again but may not have the same outcome.

"When a weakened SPV goes through further disruption, it can lead to what is know as a Sudden Stratospheric Warming (SSW) event, which refers to the reversal of the zonal winds in the  Stratosphere from westerly to easterly, along with a rapid jump in temperatures in the winter polar stratosphere that leads to a complete breakdown of the SPV.

"A SSW is now defined to have happened when the mean zonal wind (ZW) at 60°N and 10hPa (approx. 30km high) reverses to easterly. A SSW event usually has a significant impact on the tropospheric weather patterns in the mid-latitudes. Following an SSW, there can be an equatorward shift of the tropospheric jetstream with associated cold conditions over northern Europe and these impacts can be long lasting.

"Every SSW is different and less than half of them lead to colder conditions in Ireland. For example, the SSW in February 2018 led to the ‘beast from the east’ and storm Emma, whereas the SSW in January 2019 had no significant impact here, due to the easterly winds not propagating down into the troposphere from the stratosphere," he said.

Met Éireann's climatologist does add that the Sudden Stratospheric Warming could kick-start the westerly momentum around Ireland, at least temporarily, as the stratospheric polar vortex is pushed over Scandinavia, leading to a strengthening of the North Atlantic jetstream, resulting in a more typical winter weather pattern for Ireland.

"It could also prolong and intensify the high latitude blocked setup leading to cold polar air masses flooding south into northern Europe or elsewhere in the mid-latitudes," cautions Mr Moore.

A Sudden Stratospheric Warming (SSW) is forecast for early January 2021.
It is uncertain how this will affect our weather in the coming weeks as Ireland is already in a very blocked pressure setup.
Read more on this in our New Meteorologist's Commentary https://t.co/8m3ZjBI7hk pic.twitter.com/EIOOteGus6