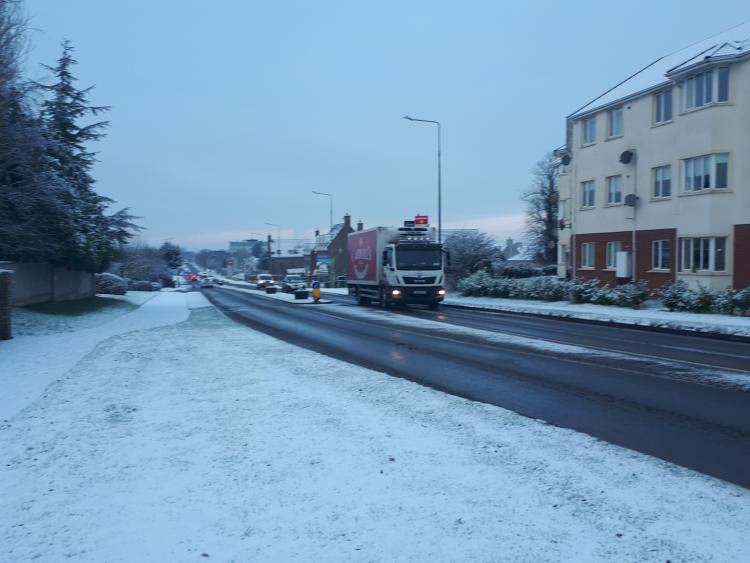 Met Éireann is forecasting wintry weather this week with snow and ice on the cards due to polar weather but before that the country is in for a very wet start to the week.

Met Éireann is forecasting wintry weather this week with snow and ice on the cards due to polar weather but before that the country is in for a very wet start to the week.

The forecaster has issued a Status Yellow rain warning for Connacht, Longford, Louth, Westmeath, Meath, Cavan and Monaghan on Monday and Tuesday.

Heavy rain will lead to accumulations of 30 to 50mm, with higher accumulations in mountainous areas. This will bring a risk of some river and localised flooding warns the forecaster.

While the warning covers eleven counties, the forecaster says the rain will set in on Monday night and Tuesday will be a very wet day nationwide with heavy spells of rain, possibly turning wintry at times in the north.

Beyond that Met Éireann says it will be unsettled for the rest of the week and turning colder with some wintry falls possible.

It is expected to get colder from Tuesday night with snow expected as wintry showers feature on Wednesday, Thursday and Friday.

“Mean air temperatures are expected to be a degree or two below average for the coming week as a cold polar airmass moves over the country from midweek, with average air temperatures generally of 2 to 4 degrees. A risk of sharper frosts at night increases from midweek, as a cold northerly airflow becomes established,” said the forecaster’s farming forecast.

MONDAY Some sunny intervals in the north and east tomorrow morning, but becoming overcast and misty as the day goes on with scattered outbreaks of rain and drizzle. Rain will become more widespread during the evening. Highest afternoon temperatures ranging from 5 degrees in the north to 10 degrees in the south, with light south to southwest breezes.

A wet and misty night with some heavy falls of rain. Minimum temperatures of 2 to 8 degrees, coldest in Ulster. Winds will be light and variable for much of the night, before increasing moderate to fresh southwesterly over the southern half of the country towards morning.

TUESDAY: A very wet day nationwide with heavy spells of rain, possibly turning wintry at times in the north. Spot flooding is likely with low cloud and mist too. Rather cold across the northern half of the country with highest temperatures ranging 4 to 8 degrees Celsius, in light variable breezes. Less cold across the southern half of Ireland with highest temperatures of 8 to 11 degrees Celsius. in moderate to fresh southwest breezes.

Scattered outbreaks of rain after dark with localised wintry falls. Frost and ice will set in too, especially across the northern half of Ireland. Lowest temperatures of -2 to + 5 degrees Celsius (north to south), in light to moderate north to northeast breezes.

WEDNESDAY: Outbreaks of rain, possibly turning to sleet and snow at times, in moderate northeast winds. Cold, with highest temperatures of only 2 to 4 degrees Celsius generally, but ranging 4 to 6 degrees Celsius across southern counties.

THURSDAY and FRIDAY: Cold with sunny spells and scattered showers, some wintry. There will be an added wind chill factor by day with frost and possible ice developing after dark.