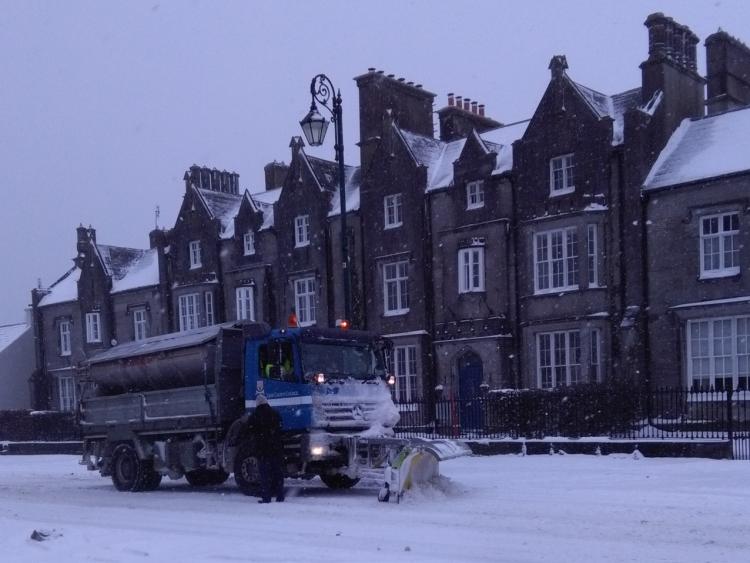 Met Éireann has put the country on alert for a 'hazardous' weekend with the issuing of a snow ice weather warning for all of Ireland.

The forecaster says there will be falls of hail, sleet and snow with icy temperatures creating hazardous conditions.

The alert is valid from 6 pm on Saturday to 12 noon Sunday.

In its summary outlook Met Éireann says it will be cold for the remainder of this weekend and to start next week. It says sleet and snow on Saturday night will clear eastwards, with a mix of showers and clear spells following for Sunday and Monday. Met Éireann expects it to turn unsettled next week in milder conditions. More weather details below tweet.

Falls of hail, sleet and snow. Icy and hazardous conditions.

NATIONAL FORECAST for weekend issued at 12.03pm on Friday, January 22

SATURDAY
Saturday will be another cold day with frost lingering for much of the morning. Remaining dry over most of the country with spells of winter sunshine but scattered showers of hail, sleet and snow will continue in the northwest. Later tomorrow evening a band of showers in the west will turn increasingly to sleet and snow away from the coasts as it extends eastward. Highest afternoon temperatures of just 2 to 5 degrees in a light to moderate westerly breeze.

Cold on Saturday night with a band of sleet and snow in the west moving eastwards across the country, with accumulations in many areas. The rain, sleet and snow will gradually clear into the Irish Sea towards morning. Frost and ice will develop as it clears, with lowest temperatures of -3 to 0 degrees in a light breeze.

SUNDAY: Another cold day on Sunday with sunny spells and scattered showers, mainly in the north and west where some will be of sleet or snow. Showers will drift further inland through the afternoon and evening. Highest temperatures of 3 to 5 degrees in a moderate west to southwest breeze.

Cold on Sunday night and dry in many areas with showers easing. Lowest temperatures of +3 to -1 degrees with frost forming.

MONDAY: A largely dry and bright day on Monday, with showers becoming more isolated and long sunny spells. Highest temperatures of 4 to 7 degrees in a light to moderate westerly breeze.
Gradually becoming cloudy on Monday night with rain pushing into the west and southwest later in the night. Lowest temperatures of -3 to +1 degrees with frost and icy patches forming in a moderate southerly breeze.

FURTHER OUTLOOK: Continuing milder but unsettled for the rest of next week, with outbreaks of rain and breezy conditions.

Our 10 day Atlantic Chart shows the precipitation and pressure forecast in 6 hour intervals.https://t.co/kzoX5HlOXL

A nationwide forecast and outlook covering the next week can be found here. https://t.co/9gKN6SVok4 pic.twitter.com/m4AifMEKdc