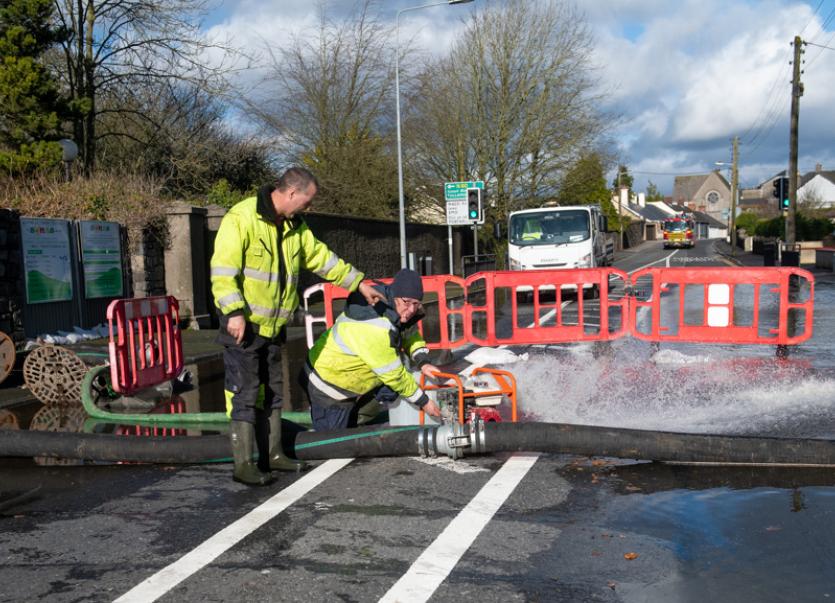 While the event has not been given storm status, Status Yellow and Orange weather warnings have nevertheless been issued for wet and windy weather through to the end of the week.

Heavy rain and strong winds will take hold from Monday night with the forecaster expecting wet weather to prevail in many parts until Wednesday evening.

Met Éireann's summary outlook is for unsettled weather through midweek but becoming more settled for the end of the week with mainly dry conditions and sunny spells. More below tweets.

A very wet and windy night. Persistent rain will develop in the west and southwest becoming widespread overnight. The rain will be heavy at times, particularly in the southwest, with a risk of localised flooding. It will turn increasingly windy overnight also, with strong to near gale force southeast to south winds, reaching gale force on coasts. Lows of 5 to 8 degrees, becoming milder overnight.

TUESDAY: Wet and windy as further spells of heavy rain spread northwards across the country with a continued risk of localised flooding. Strong and gusty southerly winds, reaching near gale to gale force on coasts. A mild day with highest temperatures of 11 to 13 degrees.

Heavy rain will persist early on Tuesday night, particularly in the east and south. However, rain will gradually become lighter and patchier overnight, with dry spells developing in the west and north. Staying breezy with fresh southerly winds, strong on western coasts. Mild with lowest temperatures of 8 to 10 degrees.

Wednesday: A wet morning in the east and south on Wednesday but it is expected to become drier from the west by afternoon with a mix of bright spells and scattered showers across the country. Highest temperatures of 8 to 11 degrees in moderate to fresh southerly winds.

Showers will persist in the west early on Wednesday night while elsewhere will be largely dry with long clear spells. Lowest temperatures of 2 to 6 degrees in a light to moderate southwest breeze, fresh near western coasts.

Thursday: Mix of sunny spells and showers. Some of the showers could be heavy with a slight risk of hail. Highest temperatures of 7 to 10 degrees in a light to moderate westerly breeze.

It will remain largely dry with long clear spells on Thursday night. However a few light showers may affect the northwest early on. Lowest temperatures of 2 to 6 degrees in a light or moderate southwest breeze.

Friday: A mainly dry and bright day for many on Friday with long spells of sunshine, just a few light showers in the west and northwest. Highest temperatures of 9 to 11 degrees in a moderate southwest breeze, increasing fresh and gusty near west and southwest coasts.

The weekend: Current indications are for a more settled spell of weather as we close out February with high pressure becoming established to the south. Western and northwestern areas will remain at risk from the Atlantic with patchy rain or showers possible, but it should stay drier further south and east.

A nationwide forecast and outlook covering the next week can be found here. https://t.co/9gKN6SVok4 pic.twitter.com/ffSFvwUkCz